Before the advent of computer games to occupy the waking hours of children, the imagination was allowed to create stories for the toys they played with. Even the Brontës honed their writing skills by creating a fantasyland, complete with maps as background to their tales.

Many a potential author does this as a first step on the road to publication. Fan fiction is another route that many take, using extant characters from books or TV and devising new adventures for them. The sign of maturity as a writer is to be able to divorce the early experimentation from the product that is ready to be exposed to the reading public. 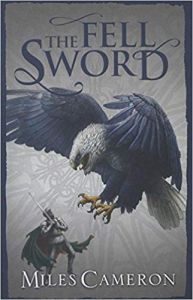 It seems very likely that the child that became Miles Cameron had great fun with toy soldiers, devising campaigns for them, mapping out their journeys and even breaking a few. The problem with youth is a lack of knowledge. It is easier to give the players names at random, to create a fantasy world that has many attributes of the real one and just change things slightly. A new coastal outline but with place names that have a ring of familiarity, all things that should have been remedied in the adult book to make everything, fresh, new and surprising.

For some reason, Cameron didn’t and this becomes irritating, for example, why does a fantasy world have to have Christianity for its religion that is exactly like ours along with popes and bishops. A few minor tweaks would have made all the difference. If Cameron had written a solo novel, these issues could have been put down to experience and the next remedied them. Unfortunately, this is a series and whatever is set up in the first volume has to stand in those that follow.

‘The Red Knight’, the first in this series, set the parameters of a group of mercenaries who fight a battle to keep the creatures of The Wild at bay, beings such as irks, boglin and sossags, directed by former court magician now called Thorn. The amount of bloodshed and high body count qualifies this as Grimdark fantasy. In ‘The Fell Sword’, the second in the series, the Red Knight has taken his mercenary army to the city of Livanopolis.

The Emperor of Morea has been abducted and his daughter, Irene, has hired the Red Knight to organise his return. If this had been the focus of the novel, the result, despite afore-mentioned misgivings, would have been a fast-paced adventure novel with the main characters solving problems, fighting enemies and resolving a situation. This, though, is at least three novels intertwined.

There are unresolved issues from ‘The Red Knight’ that involve the people of Albin, a neighbouring country ruled by a King in Harndon. These are characters who will largely be familiar to readers of the first volume. Just to complicate matters, the king in Galle, a province on the continent, has decided to send an invasion force headed by the Black Knight to the north of the rest of the action under the illusion of setting up trade routes.

The problems reading the book are compounded by the very short chapters that skip from character to character. There are so many viewpoint characters that is difficult to keep a tally of them and see the connections between them. As a result, no one comes to the fore and is developed in depth. With so many elements, the narrative is fouled at each turn.

Like many fantasy novels, this book is accompanied by maps. It would be useful to have scales on them to gauge the distances between towns, cities and the warring groups. On the plus side, Cameron does have a good grasp of medieval battle tactics and weaponry. 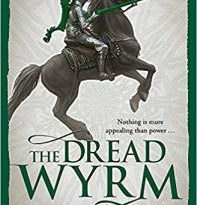 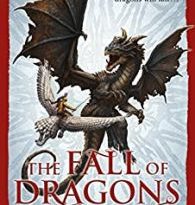 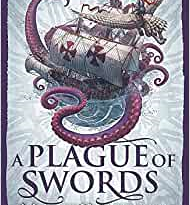