Sir Roger Moore has very sadly passed away today of a cancer-related illness. He was an actor and legend: the 3rd Bond, who with one arched eyebrow and quip could put down such villains as Drax in Moonraker, the most sci-fi of the spy-fi movies. Or Stromberg in The Spy Who Loved Me – more or less the same plot as Moonraker, but set underwater rather than in space.

For those of you old enough to remember, Roger Moore also starred alongside Tony Curtis in action TV series The Persuaders, which featured a pair of millionaire playboys solving crimes across Europe (Moore was paid the then-unheard-of sum of £1 million for a single series). There was also his big break playing Simon Templar in the TV adaptation of The Saint, based on the crime novels by Leslie Charteris.

He was knighted in 2003 for his charity work for UNICEF. His works speaks for itself and will live on.

Goodbye, Rog. Here are some clips in your memory. 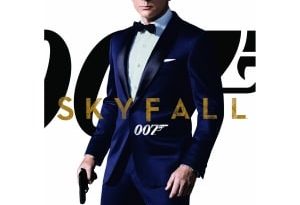