Skip to content
You are here:Home » In The Flesh… more zombies, more flesh (being eaten).
Horror TV
May 23, 2013 ColonelFrog In the Flesh 1 min read
247.8k
SHARES
ShareTweet

BBC Three is going ahead with a second season of Dominic Mitchell’s horror TV series, In The Flesh, following on from its first 3-parter.

The drama was developed by BBC Drama in Salford, with writer Dominic Mitchell discovered through ‘Northern Voices’, a BBC Writersroom competition. Series two will revisit Roarton where the living and the undead have reached a fragile peace. After the shocking events of series one, Kieren is hoping to get on with his second life but the arrival of new and explosive characters throws those plans into disarray. Battle lines are drawn and all will be judged.

Writer Dominic Mitchell said, “I am absolutely delighted and thrilled to be given this fantastic opportunity to continue exploring the characters and world of In The Flesh.”

Zai Bennett, Controller, BBC Three, commented, “In The Flesh was a fantastically original and engaging drama for BBC Three. I’m delighted Dominic and the team will be able to tell more stories from the riveting characters and engaging world they created.”

In The Flesh will film later this year and transmit in 2014 on BBC Three. 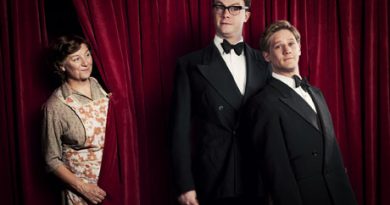 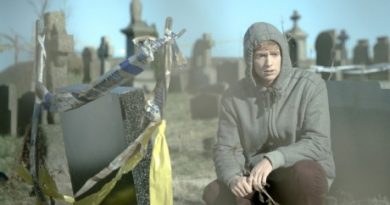 In the Flesh… keep calm and avoid the undead.