In his first BBC drama since Eric And Ernie, director Jonny Campbell’s In The Flesh is the story of teenager Kieren Walker and his reintegration back into both the local community and the heart of his family. After his death four years ago, his friends and family thought they’d never see Kieren again. But then, shortly after his funeral, thousands of the dead were re-animated in one freak night; and now, after months of re-habilitation and medication, the zombies are gradually being returned to their homes.

With its central themes of redemption, forgiveness, acceptance, denial, and what it means to be alive or dead, In The Flesh is a look at what happens when families get a second chance at mending their past and working together towards an unpredictable future.

Dominic Mitchell’s In The Flesh was discovered by Drama North through ‘Northern Voices’, a BBC Writersroom scheme.

Director Jonny Campbell told SFcrowsnest, “From the moment I read the opening scene I was hooked. Dominic is an utterly fearless and instinctive young writer with an uncanny ability to tell a great story full of humour and humanity in a most original way. An elusive and rare combination in TV drama. What’s most exciting about In The Flesh is that it challenges our pre-conceptions about the standard zombie genre and in so doing almost certainly creates a new one.”

Writer Dominic Mitchell added, “When I took part in the fantastic BBC Writersroom Northern Voices scheme, never in my wildest dreams did I imagine that my drama about the medicated undead would be produced, let alone with such an incredibly talented cast and crew attached.” 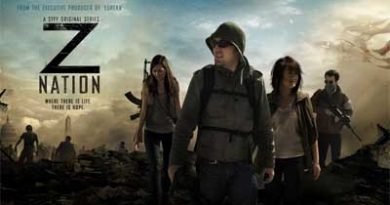 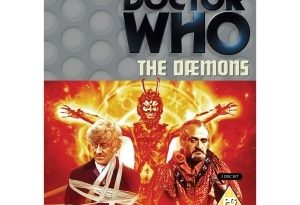 Doctor Who: The Daemons by Guy Leopold (DVD review).