Director/co-writer Ariel Vromen’s ‘The Iceman’ will leave audiences cold with its chilling account of a monstrous family man whose balancing act of a level-minded head of household provider and psychotic slayer-at-large will have one scratching their befuddled noggin. Vromen’s stirring portrait of a societal menace in contract killer Richard Kuklinski (highlighted by an astounding and haunting performance by star Michael Shannon) is staunchly affecting. Mesmerising and sinister in its message about a raving wolf in sheep’s clothing, ‘The Iceman’ is a delightfully probing and perverse exposition about a complex character study of an unstable man set loose among the masses thus becoming our wildest harsh reality imaginable.

Based on both the HBO documentary ‘The Iceman Tapes: Conversations With A Killer’ and Anthony Bruno’s hard-hitting novel ‘The Iceman: The True Story Of A Cold-Blooded Killer’, ‘The Iceman’ is effectively received when conducting its soul-searching into the realm of a cold-blooded hit-man. Vromen and fellow scriber Morgan Land delve into the aimless madness of a delusional loner whose warped sense of duty and diligence is mind-boggling to say the least. ‘The Iceman’ (Kuklinski’s nickname incidentally) is relentless in its examination of a doomed soul without any psychological filter whatsoever. The existence of a tormented beast such as a Richard Kuklinski is always a disturbing and fascinating subject matter to behold and the Oscar-nominated Michael Shannon is the resilient actor that convincingly breathes contemptible life into this murderous misfit.

Kuklinski (Shannon) was not what one would call an innocent choirboy prior to his continual killing obligations for the mob. In fact, it was revealed that Kuklinski had executed over one hundred victims when he was arrested in the mid 1980s. Before his killing spree, Kuklinski was a fixture in the pornography film business. Soon, crime boss Roy Demeo (Ray Liotta) will notice the potential in Kuklinski to perform as his ‘elimination enforcer’. So from peddling flesh to brandishing firearms, Kuklinski eagerly jumps into his murdering mode as he disposes of countless bodies left and right. Kuklinski’s indifference to the carnage he creates is quite unbelievable.

Without actually going into too much background detail about what made Richard Kuklinski a one-man killing machine without any consciousness can be summed up just by observing his visitation with troubled jailbird brother Joey (Stephen Dorff). Joey was responsible for killing a 12 year-old girl. One can immediately conjure up what their conflicted childhood was like inevitably making them scarred specimens in their misguided manhood.

Overall, ‘The Iceman’ is intense and rousing courtesy of the captivating Oscar-worthy creepy turn by Shannon as the sick-minded centerpiece behind the corruption and chaos. Ryder is simply winning as the meek wife who is either naïve or in denial about her husband’s sordid professional activities. Is she petrified of Richie or just prefers to have blind faith in him as a devoted spouse as she chooses not to ruffle any feathers? Clearly this is one of Ryder’s best roles in her movie career. Liotta is eerily believable as the crime boss Demeo that engages Kuklinski in the world of whacking off random targets. Chris Evans (known to moviegoers as Captain America) is ideally nutty as the ruthless killer Mr. Freezy whose ice cream truck driver façade is almost as surreal as Kuklinski’s persona as an unassuming family guy money earner. Freezing his victims in the same truck that carries his frozen treats is both joyously twisted and weirdly amusing. David Schwimmer finds some touchy ground as Demeo’s associate, mobster Josh Rosenthal. On boardm as one of Kuklinski’s unfortunate statistics is James Franco as Marty Freeman, a sacrificial lamb led to the slaughter just like so many others before and after him.

The real life Richard Kuklinski is now deceased but his damage and destruction lives on in the existences of the loved ones he mowed down with his kill-and-spill convictions. ‘The Iceman’ should not be celebrated in remembrance of an unforgivable assassin without the capacity to feel remorse or redemption. It should, however, be acknowledged as an intriguing vehicle for how easily humanity can be ditched in favor of satisfying the horrific whims of a woefully erratic doomsday violator. 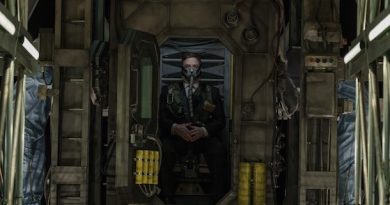