We all think we know the story of ‘Frankenstein’ and it almost feels wrong to attempt yet another version when so many are floating round already but the audio experience is something different. This new adaptation by Jonathan Barnes takes all the elements of the horrific tale of animating dead body parts and shows us the man who forces the boundaries of science until his experiments crack open the heavens and he makes a man who will be called a monster. His name is Frankenstein and he has a terrible plan. Starting innocuously enough, Victor Frankenstein (Arthur Darvill) asks questions in his lectures about arcane and banned texts. He meets a resident professor called Waldman (Nicholas Briggs) who shares his curiosity but does not realise quite how far the doctor will go on his own personal quest.

Victor has a wonderful family and friends who love him but obviously do not know him. His father (Geoffrey Beevers) continues to look out for him and his friend, Henry Clerval (Geoffrey Breton), is blind to his faults. Elizabeth (Georgia Moffett) is also blind to the cracks in his facade of civilised behaviour. As the story progresses, all are lost but his shell of self-preservation remains intact and we wait for his final realisation of just what he has done. The scene with Justine the maid who is wrongly condemned for the killing of Victor’s young brother is chilling and unsettling.

Make no mistake this is no innocent who commits accidental crimes. Whilst he condemns his creature for killing his loved ones, Frankenstein is a two-faced scheming amoral man who cannot blame his upbringing or lack of parental care and has taken a path that will lead to more death and disaster. He is a man who’s mistakes come back to haunt him and take away everything he ever cared for in as much as he can care for anyone outside of himself. He is a sociopath in modern terms, seeing only his own virtue.

As has been said many times before, the monster is not the one who is made of patch-work but the Doctor who meddles. How curious a world would Mary Shelley find now as we rage against death and disease using any means? She would probably not approve.

This is stunningly good and Arthur Darvill should be a big, big star. He is nuanced and terrifying as the amoral Frankenstein. Nicholas Briggs supplies the monster that is believable and tormented, a far cry from the shaky black and white films of Universal in the 1930s, even though I love them dearly. He, too, is heart-breaking in his portrayal of a scorned, misbegotten son. Commendations must go to the writer Jonathan Barnes who shows a great talent at picking out the salient details from the well-known story and using it to show us the degradation of Doctor Frankenstein. I cannot forget the rest of the team who create the special atmosphere and make this a very special re-working of what could have been a hackneyed and simplistic story.

This audio also has outtakes with some outstanding maniacal laughter and ridiculous madness included. It’s always good to get some of that. My favourite is ‘I will slap the back of your legs.’

Big Finish also provide the score and a documentary, ‘Behind The Screams’ to accompany it. Pretty good value and worthy of adding to the school curriculum!

Fantastic. Go get it. 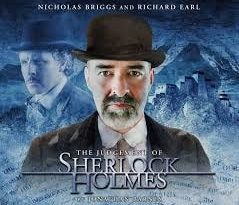 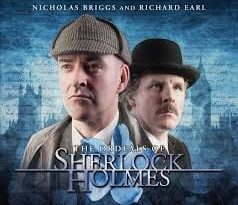 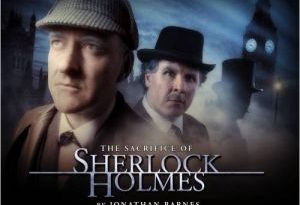