I’m beginning to think there should be a competition for long book titles with equally long sub-titles. Joel Levy’s book, ‘Frankenstein And The Birth Of Science’s sub-title is ‘The Era Of Ingenuity That Electrified Science And Fiction’. It also explains more precisely the subject matter. A look at the scientific information that Mary Shelley drew upon to write her famous book, the archetype that marked the dawn of Science Fiction. After all, what SF author doesn’t draw on current scientific knowledge and research when writing books. All right, some don’t but they are in the minority. 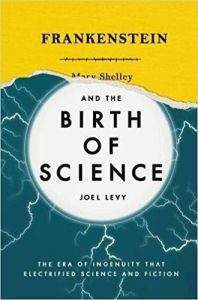 We all know how Mary Shelley’s scientist Victor Frankenstein bought his creature of dead body parts to life with electricity. What this book does is look at what Shelley’s knowledge of science was to base her story on. Connoisseurs of ‘Frankenstein’ will be aware of how dead limbs would contract when stimulated by electricity. It would hardly be a big jump to bringing a body back to total life as was thought at the time. Of course, we know things are a bit more complicated than that but not how many SF stories have become redundant with advances in science? It doesn’t mean they can’t still be enjoyed, just that they only work in their own pocket reality, as indeed do any SF stories.

However, before getting to this, Levy spends some time showing how electricity was discovered and, more importantly, stored for use. After all, this is the key ingredient in Shelley’s novel to bring the creature to life. There’s a sharp reminder that much of it came out of alchemy and it’s only a couple centuries back before real science wiped much of that away. So much of science was guesswork than deduction. The discovery of the difference between oxygen and carbon dioxide let alone separating them was always going to be a significant move by Joseph Priestley.

Electricity had a lot more hands in establishing what it was in nature and by making it. Considering how much we use and take electricity for granted these days should be essential reading if you don’t know its history of development.

The discussion of bringing inanimate objects to life missed out the golem but inadvertently does explain why the Jewish community thought such things were possible. Likewise, Levy describes both Percy and Mary Shelly as being very sympathetic to other people has all the hallmarks to clinical empathy.

The final chapter is more a matter of tying together loose ends. It looks like Shelley used her husband to be as template for Victor, especially learning here that was his pen-name. She also used her father as well, not to mention various scientists in building the character. The name ‘Frankenstein’ belonged to a castle they had passed near Darmstadt For those of you who write, Shelley was essentially doing what a lot of us do and finding a use for the knowledge about us.

If you ever wondered how the Shelleys and guests had so much time to make up stories in a cold and overcast summer in Switzerland, there was a little matter of a volcanic eruption in Indonesia with its ash scattered across the world. In other words, we have an act of nature to thank for ‘Frankenstein’s creation which couldn’t be more apt.

I found this book very interesting with a variety of woodcuts and such to break up the text. If you’re interested in science generally from the Victorian era than this also becomes a useful supplement, not to mention how far we’ve come since then. Saying that, the references to modern day things described as Frankenfoods and such shows how ingrained Shelley’s novel is still today. We still have a fear for creations we think can get out of control even if it’s not always well-founded. Without doubt, Mary Shelley created the ‘Modern Prometheus’. Without testing the fire, we’ll never make any progress. 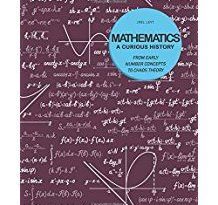