Apple TV+ is set to premiere the second season of “Foundation,” its science fiction series based on the award-winning stories by Isaac Asimov, in summer 2023. The next series stars Jared Harris, Lee Pace, and Lou Llobell and follows a group of exiles as they journey to rebuild civilization in the wake of the Galactic Empire’s fall.

The exiles, who come from different parts of space and time, face a number of challenges as they work to establish a new society, including deadly crises, shifting loyalties, and complicated relationships. These challenges will ultimately determine the fate of humanity as the exiles struggle to create a new foundation for their civilization.

Asimov’s “Foundation” series is widely considered a classic of science fiction, with its complex and thought-provoking exploration of themes such as the nature of history, the role of technology in society, and the power of the individual. The next leg of the upcoming adaptation promises to bring these themes to life in a visually stunning and engaging way, making it a must-see for fans of science fiction.

In the season one finale of “Foundation,” it was revealed that Hari, a second digital copy of the original, was the one inside the Vault all along. The Vault had transformed after being jettisoned and reached Terminus before the colonists. Hari also reveals that the true purpose of the Foundation was not to safeguard knowledge, but to forge a new civilization with the help of Anacreon and Thespis. To this end, Hari suggests using the Invictus to fake a “megaflare” to make it appear that Terminus had been purged of life, allowing the Outer Reach to develop in secret from the Galactic Empire.

After returning to the Vault to await the next crisis, Hari tells Salvor that her visions were not sent by him. In the aftermath of these events, Hugo becomes the captain of the Invictus and Salvor runs for mayor of Terminus. However, when Salvor learns that she was conceived by Gaal and Raych and her embryo was safeguarded on the Deliverance before being carried to term by her mother Mari, she realizes that her visions are actually the memories of her genetic parents. With this newfound knowledge, Salvor leaves Terminus in search of Gaal.

Meanwhile, on Trantor, Brother Day decides to spare Dawn over the objections of Dusk, but Demerzel ultimately kills Dawn, affirming her loyalty to the Cleon dynasty over Day’s wishes. Day is later informed that the anti-Empire conspiracy had also altered the DNA of Cleon I’s body long ago, affecting not only all extant replacement clones, but also Day himself and possibly his predecessors.

In the distant future of 12,240 E.I., Gaal lands on Synnax and finds another pod underwater at the ruins of her hometown. Inside is Salvor, who awakens and reveals to Gaal that she is her daughter. Salvor then gives her Hari Seldon’s Prime Radiant.

What will season two bring? Let us see… 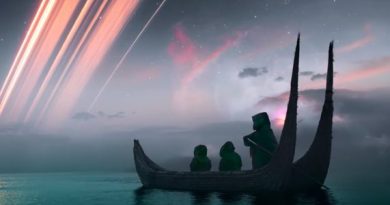 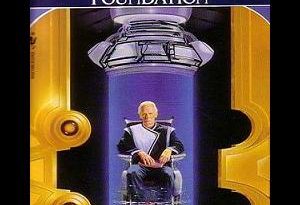 Foundation: was it Isaac Asimov’s legacy to the world? (video).

Foundation (Apple TV 2nd trailer for the series based on the Asimov classic).