This latest edition of ‘Alter Ego’ marks the 61st anniversary of ‘The Fantastic Four’ with an interesting revelation that some of Kirby’s art was redrawn in its first issue. Back then, I doubt if either him or Stan Lee thought they were on the edge of creating a masterpiece and just got the story done. I imagine panel corrections were done when needed in-house and even Kirby wasn’t exempt from this.

There’s an interesting footnote that Stan Lee occasionally got frustrated when Kirby had characters had clothes changes between panels in continuity. I do suspect that, when young, we just accept the art team was whatever it shows in the credits. These days, we know some artists had apprentices doing backgrounds and so forth so could be bigger teams than realised. Kirby probably didn’t, relying on his own speed to meet deadlines. 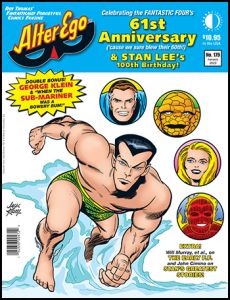 It’s rather interesting reading about publisher Martin Goodman’s often intermittent release dates of comicbooks, not aided by him seeing it as a dying industry. Seeing how Marvel was to change all that does show how luck can change with the right material.

Bob Cromwell’s exploration of how Johnny Storm found the Sub-Mariner in the Bowery in FF # 4 is more about the location. Saying that I did wonder how Namor became amnesic, let alone find the money to stay in the Bowery. Cromwell’s depiction of the real place meant you still had to find a little money to get by. I did wonder if Namor had become a sot more so as we’ve never seen him drink alcohol.

The research on who inked the first couple issues of ‘The Fantastic Four’ draws (sic) the conclusion that George Klein (1915-1969) did it. Ben Herman goes over the evidence and Klein’s history, showing him both as a penciller, inker and occasional painter. He also inked some notable issues of ‘The Avengers’ including the introduction of the Vision. You might not remember his name, but certainly have seen his work.

Roy Thomas reveals some of the emails he had with Stan Lee when he ghosted the ‘Spider-Man’ newspaper strip for him for 20 some years which gave insight into The Man’s editing talent and what is contributed. There’s a lot of difference in telling a story in 20 pages or so and 3 panels a day. Thomas had already done this with ‘Conan’. In some respects, I wish we could see some of the things he replied to Stan but I found myself reading in Lee’s voice.

It’s interesting reading John Cimono’s top 10 choices of Stan Lee’s stories, especially as some of them are from multi-parters. I think I would have included Amazing Spider-Man #30-32 simply because of the scene where Spidey is trapped and manages to get the machinery off himself while thinking of saving Aunt May.

Michael T. Gilbert has a look at ‘Sick’ magazine, another satire mag owing itself to ‘Mad Magazine’, often poking fun at it itself. Another mag I can’t recall being available over here but does illustrate that in America, when there is success, more jump on the bandwagon. Such things don’t happen so much in the UK.

The Fawcett Collector does the first part of writer Stanley Kauffmann (1916-2013)’s autobiography dealing with his time in the comicbook industry working primarily for Fawcett as an editor. ‘To protect the innocent’ is Kauffmann’s reason not to use real names. Fortunately, P.C. Hamerlinck thinks that’s no longer applicable and brackets the real names and gives some insight into his time there in the 1940s.

The length of comments should make you realise there’s a lot to think about here so never treat a magazine purely by its cover. 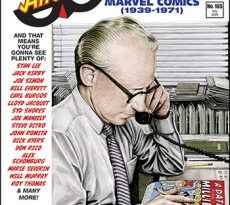 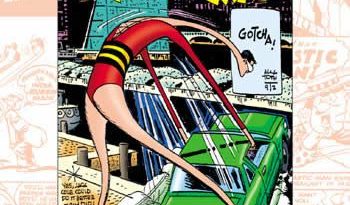 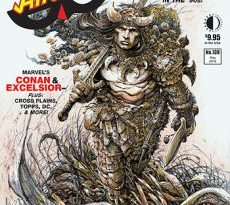