Doctor Who has long had a semi-official monopoly on science fiction in the UK, at least in the hearts of many scifi fans. So, perhaps it is only fitting that they now also have an official Monopoly game with all eleven Doctors, to celebrate the coming Doctor Who 50th Anniversary. Jeez, anyone would think Christmas is around the corner or something? But I guess if you’re a Time Lord, then every day can be Christmas. Although, we hear that Xmas on Skaro is a bit of a let down!

If Monopoly is not your thing, how about a Dr Who collector’s edition of Yahtzee?

Here’s the official blurb for Dr Who Monopoly ($40ish)…

Plunge into battle over the rights to the universe! With America’s favorite game of corporate mastery, it’s time to buy, sell and trade the most popular episodes from all 50 years of Doctor Who. Can you out-swindle your competitors with inter-galactic TARDIS deals? Can you “EX-TER-MIN-ATE” your enemies by flipping the right U.N.I.T. cards? Team up with one of six tokens including the Seventh Doctor’s Umbrella, the Second Doctor’s Recorder, the Fifth Doctor’s Celery, the Eleventh Doctor’s Bow Tie, the Fourth Doctor’s

While here’s the official gumff for Dr Who Yahtzee ($25ish)…

Duck! The Daleks are shooting at you, and the Doctor is nowhere to be found! Thankfully, America’s #1 Dice Game features the TARDIS as the dice cup, and if you give your wrist a shake in time, you can help the Doctor make his enemies fall! Do you have what it takes to “lord” over your foes? Roll 2 Sontarans and 3 Cybermen to destroy a “full house” of monsters. Or defeat not 1 but 5 Daleks to yell out, “Yahtzee!” The game includes custom white dice with images of Doctor Who monsters including Mummy Robot, The Silence, Weeping Angel, Sontaran, Cybermen, and Dalek.

Said game is produced by USAopoly, via Hasbro, and in partnership with BBC. When they dropped us a line, they only mentioned that this would be on sale in the USA, but we’re guessing that they won’t leave out the fans in the UK, Canada and Australia/Oz either. 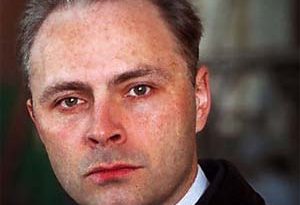 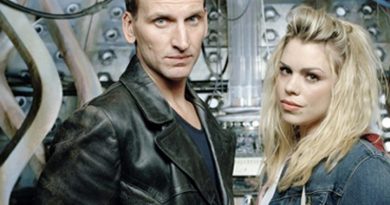