The return of the Siliurian Vastra (actress Neve Mcintosh), her human female wife Jenny Flint (actress Catrin Stewart) and bodyguard/chauffeur Sontaran Strax (actor Dan Starkey) is something that I was waiting for and not disappointed. Not too sure about humans fainting when they see Vastra and Strax though, because that becomes as much over-used as the Doctor’s sonic screwdriver.  However, they really do need a series of their own to flourish because they essentially carried this episode until the Doctor appeared. Imagine what would happen if they took over Torchwood as it surely must have existed in 1893!

As to the main gist of the plot where Mrs. Gillyflower arranges for people to enter her factory and turned into dummies, this has too much in common with ‘Carry On Screaming’. How many of you were prepared to cry out, ‘Frying tonight’?

Considering the toxicity of the leech venom, I’m surprised that the Doctor hadn’t absorbed enough to regenerate.

Tonight’s reference to the past is to Tegan Jovanka and never getting her to London Airport. Biggest disappointment is returning Clara back to her own time and job. Doesn’t this go against the Doctor wanting to find out who or what she is? Having companions safe after an adventure sorta removes the danger issue although it looks like it’s a set-up for the next story. Speaking of which, there is far too much reveal of the next story.

There are some good points to this story. Diana Rigg as Mrs. Gillyflower and her daughter as a part and real life, Ada played by Rachel Sterling weren’t short-changed with dialogue or action. It’s a shame that more wasn’t done to explain their purpose other than to conquer the world. Judging by the number of extras and scenes used, I can’t help wondering if short-changing the earlier stories allowed more to be spent here.

This story might not be perfect but is actually probably the best of the bunch so far. 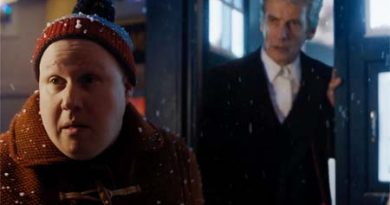 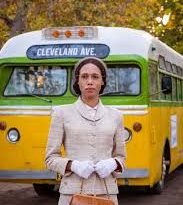 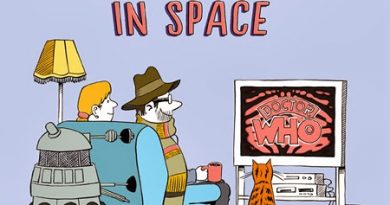 Adventures With The Wife In Space by Neil Perryman (book review).