It’s not often that a writer revisits a character after 36 years but when Stephen King decided he had more to say about little Danny Torrance, hero of ‘The Shining’, many fans, myself included, rejoiced. Another glimpse into the world of isolated hotels and telekinetic powers through ‘Doctor Sleep’ was always going to be welcomed. It’s been a while since we last saw Dan Torrance, as he likes to be called now, and the years have not been kind. Since the tragedy at the Overlook Hotel, he’s managed to follow in his father’s footsteps and has a drink problem that has curbed his great potential. Using alcohol to dull ‘The Shining’, he has become a no-good wanderer that gets in bar fights and would steal food money from a one-night stand. It’s only when he hits rock bottom that he attempts to do something with his life and ends up working at a care home, using his powers to help people pass away peacefully.

Once Dan settled in his new life, he realises that there are plenty of other people who can tap into ‘The Shining’ as well as he can, including a young teenage girl, Abra, who is so powerful she can see people’s lives from a photo and cause minor earthquakes when upset.

Abra and other children with powers, are being targeted by the True Knot, a group of nomadic vampire types that use these powers or ‘Steam’ as they call it to survive. They have similar powers to those with ‘Shining’ but are facing extinction due to dwindling supplies. The True Knot, led by Rose, plan to kidnap Abra and feast off her painfully for many years before killing her when she’s spent. Dan gets wind of this plan and rushes to Abra’s aid, setting off a clash between good and evil with a young girl’s life in the balance.

It’s difficult to avoid comparisons between this and ‘The Shining’, despite it being a sequel rather than a remake. Forty years after being written, the latter is still viewed as a classic and I’m not sure if in 2049, people will view ‘Doctor Sleep’ in the same way. That’s not to say it’s a bad book, far from it. There are some classic King-isms included. Dan is written well and is driven by his ghosts from his past to do the right thing, and the supporting characters, especially Abra, are well-rounded. The villains could have been given a little more history and it would have been interesting to see them at full-strength. Perhaps this is something for another book? Interestingly, King gives a little shout-out to his son Joe Hill’s recent villainous creation early on in the novel but perhaps he could have given as much depth to his big bad. Has the son overtaken the father in the villain stakes? I imagine Christmas dinner could be awkward if so.

There is quite a bit of time spent re-establishing Dan and introducing Abra and the True Knot that it takes a while to get into the meat of the story. Given King’s innovation in publishing, three separate novellas leading into a new novel may have worked better and been more financially lucrative but who am I to tell Stephen King how to write huh?

King is still so prolific that it’s tricky to get excited about a new novel but given the heritage of ‘Doctor Sleep’, there was a buzz about this. It’s great catching up with Dan and finding out what happened to his mother and Dick Hallorann but it all feels a little underwhelming and worthy of something bigger. I often find that there are several Stephen King’s that write. There’s the one who writes epics such as ‘The Stand’ and ‘It’ and the one who writes disappointments like ‘Cell’, perhaps there’s a new King, one who writes middling horror like ‘Doctor Sleep’, neither amazing or terrible, but safe and so-so.

Despite my criticisms, this book will have its fans and anything that expands ‘The Shining’ universe should be welcomed. As readers, we sometimes long to find out what has happened to characters after the last page has been turned. While ‘Doctor Sleep’ far from destroys the legacy of ‘The Shining’, it’s possibly a good reason why we shouldn’t revisit the past.

Read it and enjoy it but don’t expect to love it. 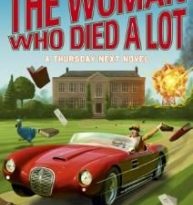 The Woman Who Died A Lot (Thursday Next 7) by Jasper FForde (book review). 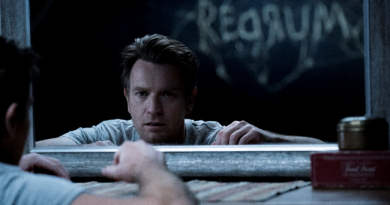