Amazon Prime isn’t going to take Disney’s plans to conquer the streaming market lying down – it’s reaching for the ammo box, and right next to a grenade labelled ‘massive Lord of the Rings TV expansion’ is a claymore mine which reads ‘Dark Tower TV series’.

Yes, British actor Sam Strike is to play Roland Deschain, the last gunslinger in a new Amazon-made TV series based on Stephen King’s The Dark Tower series of fantasy novels. Sam has had roles in Timeless, Mindhunter, Nightflyers, and played Johnny Carter in the soap EastEnders.

Also cast is actor Jasper Paakkonen (of Vikings fame), as the series’ big bad … The Man in Black – not to be confused with alien-protecting MIBs which may be found in other film franchises.

Is it just me, or is Jasper Paakkonen a bit young to pull off The Man in Black role? I guess once you get to a certain age, all doctors, policemen (and Doctor Who’s) start to look like members of a Boy Band.

Glen Mazzara of The Walking Dead fame will be turning out the new series, which hopefully won’t be impacted by the commercial failure of the recent Idris Elba/Matthew McConaughey Dark Tower adaption movie.

This franchise has lots of fans from the books, but it was never going to be an easy one to film – mixing, as it does, elements of metaphorical grim-dark fantasy, scifi, horror and the Great American Western, with a fantasy gunslinger’s quest toward a mythical tower based on Robert Browning’s poem Childe Roland to the Dark Tower Came … itself lifted from Shakespeare’s King Lear and its inspiration by the classic Scottish fairy tale and ballad, Childe Rowland.

Well, maybe long-form streaming is the perfect medium to give this puppy the breathing room it deserves. 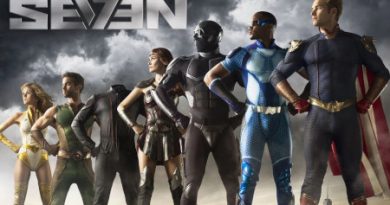 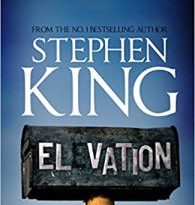 It (film review by Frank Ochieng)