We’re all familiar with ‘Captain Scarlet And The Mysterons’ where a Mars expedition led by Captain Black discovered the Mysterons. Thinking their sensory equipment were weapons, they opened fire first only to see the Mysterons reconstruct their city, control Captain Black and stage a war of nerves against the humans for their aggression. To do this they murder particular people and reconstruct them to life but under their control to commit terrorist action, sometimes stopped by the Spectrum security organisation. They also display the ability to control unmanned vehicles and scan the world. The fact that they are actually machines left by the original Mysterons is only discovered much later.

One would have to wonder what would happen had Captain Black had not ordered the attack and observed first and discovered the Mysterons to be benevolent. How much would the Mysterons reveal of themselves? After all, their reconstruct device was concealed in the first place. It might have been seen as a device of last resort or for when disaster struck. They might well be aware that the humans were nascent space-travellers and not ready for their highest level of technology yet still welcome them. They would however be courteous and probably give some help in other areas.

How public the Mysterons would be known is debatable. As the MEV mission was committed under security, it is probable that Captain Black would have discussed this with his superior, Colonel White, and he in turn with the World President. It is likely that it would be wise to keep this first contact secret for the time being so both species could get used to each other.

Even so, the Mysteron computers would take a paternal interest as they look in on the human race. As such, would they discretely save and reconstruct significant people who died in crashes purely from the need to preserve life? They might even rescue failing aircraft. Whether humans would make the connection is debatable and they might see it as luck. Assuming, of course, they don’t find the original bodies and wreckage. But would the other humans look if they didn’t need to?

Of course, some investigation might be carried out discretely as part of the need to understand the Mysterons. The Spectrum security organisation, having become close to the Mysterons via Captain Black, would be the ideal choice. After all, they would be looking after various very important people.

The real problem would be if they discovered the Mysteron secret would they also reveal it to the world when the first contact was finally revealed. After all, the Mysterons have actually done them a favour. They’ve restored people to life with an extended life-span and who wouldn’t remember their original body’s death. It would not be practical for the elderly as reconstruct would only be worthwhile with bodies in the prime of life.

If the Mysterons were asked, they would have to explain that the process could only be done to the very recent dead and only a few at a time. As such, it would actually not be wise to reveal the secret to the world or people would willingly commit suicide to be recreated. If anything, it would reinforce the belief mankind wasn’t ready for the Mysterons’ technology.

A bigger dilemma would be whether or not they would ask the Mysterons to stop this activity. That would be problematic as they are saving lives. Equally, would the Mysterons warn that the reconstructed bodies would die when subjected to high levels of electricity.

There is a bigger issue here. It wouldn’t take long to discover the recently resurrected would also be susceptible to orders for the first day of their new lives. As such, it would be believed that the Mysterons would have ulterior motives in doing such an action. That would make any country, let alone an entire world or its leaders extremely worried.

As such, the humans would have another problem. They would already know that the Mysterons could probably resurrect themselves unless they detonated a really powerful nuclear bomb on Mars. Presumably, they might just want to break off diplomatic relations and hope the Mysterons understood. Even so, what would they do with the resurrected humans? The Mysterons might not have revealed how much electricity it would take to kill them and, for all intents and purposes, they have the personalities of the originals. They certainly wouldn’t know how many had been resurrected. 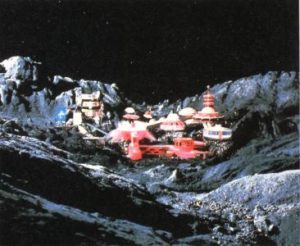 One would hope cooler heads would prevail and simply ask the Mysterons not to resurrect humans anymore. Even so, there would bound to be a time when the humans need a VIP resurrected and then what would they do? That would certainly come up at the conference table.

Likewise, the Mysterons aren’t stupid and would have realised the problem themselves. They might even stop resurrecting people themselves and not tell the humans. They might simply leave of their own volition.

None of this would be as dramatic as the TV series. If the humans had gone to war, then we might have a similar situation only worse as the Mysterons would have already been studying the human civilisation and more aware of their weak spots.

This is a dilemma of any first contact scenarios. One side is always likely to be superior to the other and that will always build some elements of mistrust as to what motivates them and their actions. If ever there was a reason not to have a first contact with an immature sentient species then that would surely be top of the list.

Is there any conclusions that can be drawn here? In some respects, we have to compare to the original series. The military would certainly want to attack seeing this as an underhand threat. The assumption that this was the only Mysteron city or that they could survive a nuclear bomb might suggest not to attack. Certainly, the World President would demand a full disclosure of which humans were resurrected and might even keep them from anything that needed maximum security. Considering the VIP nature of some of these people that might cause some confusion.

In any case, this version of their reality is likely to be far safer than the original and a lesson that with any first contact scenario, it is wiser not to be the aggressor and hope benevolence is a universal concept. 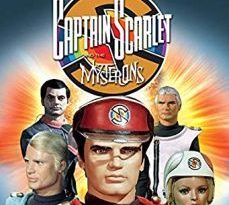