‘Apex Magazine Issue 61’ keeps with the usual format of short stories, poetry, interviews and a non-fiction piece. There is also Resolute: Notes from the Editor-in-Chief section, penned once again by Sigrid Ellis. For once, I thought this was a good piece as Ellis explains why he had included items but was dismayed to read that he had commissioned the non-fiction piece ‘Black Communities Of The 30th Century: Racial Assimilation And Ahistoricity In Super-Hero Comics’ which, for lots of reasons, I thought was just awful. But more of that later. Things get off to a good start with the first short story ‘Cape To Cairo’ by Eden Robins. This story has an odd quality about it which I think is mainly due to the lead characters mental disposition. Alice could be described as introvert and jaded as she reaches the half-way point on her journey from one end of Africa to the other. She even notes in a journal that she can’t remember the last time she had a conversation. It seems Alice is aimlessly wandering, looking for something without knowing what it is. A chance meeting with some teen-agers gives her a new objective. I really liked this story, which I thought was wonderfully written.

Next up was ‘Soul Of Soup Bones’ by Crystal Lynn Hilbert. It’s nice to include a bit of necromancy every now and then. The tale deals with a necromancer’s quest to discover the details of a spell which was not completely written down by its inventor. This involves raising the poor chap up from the dead who responds by cooking. This delightful story was a pleasure to read up until the end. I just didn’t get the ending and probably need someone to explain it to me. This is a shame as Hilbert has a very good way of projecting the characters anguish, frustration and eventual satisfaction.

With no distractions the reader is plunged into the third short story ‘The Salt Path’ by Marissa Lingen. I got the feeling that this was the seed for a bigger story as there are lots of things that go unwritten. That’s not to say it’s a bad story, it’s actually quite engrossing, telling the tale of four deserters from an unknown war. They are people modified in some way to be soldiers to fight and kill. How they are modified we don’t know. It’s worth reading in its current form but I wouldn’t be surprised to see it expanded in to a larger format.

Following ‘The Salt Path’ is the non-fiction piece sandwiched between two interviews. The interview with Eden Robins provides some of the background to the ‘Cape To Cairo’ story and provides an insight into the challenges faced by an author. The second interview with illustrator Tory Hoke is also of a high standard focusing on her work and motivation. The rather charming cover to this edition of ‘Apex’ is the work of Hoke. I must admit it’s a picture I would have up on my office wall.

This unfortunately brings me to the non-fiction piece ‘Black Communities Of The 30th Century: Racial Assimilation And Ahistoricity In Super-Hero Comics’ by Osvaldo Oyola. This is basically a piece complaining about the lack of representation of black people in DC and Marvel comics. I don’t disagree with the lack of black representation as that is clearly evident but you could say the same about any group which isn’t white American.

What I do object too is the interpretations and theorising he puts into a 40 year-old ‘Superboy And The Legion Of Super-Heroes’ comic. Oyola attempts to put real world reasoned racist intent behind elements of a short fictional story which is highly doubtful. The driving force behind the story would have been to sell as many copies of the comic as possible and make a profit. Comics that don’t make money go bust or are cancelled, a point which escapes Oyola. There are other things I disagree with in this piece but to keep this review short I’ll move on.

Issue 61 serves up another very good short story in ‘The Faery Handbag’ by Kelly Link. Again, it’s an odd tale of a girl growing up in a dysfunctional family setting but this one features a rather strange handbag. It also has a very peculiar grandmother and the boyfriend is a bit odd, too. The quality of the writing is very good and you will want to finish the story in one setting which I recommend you do.

In the past I have really struggled with the poetry in ‘Apex’ but this month wa,s for me, much better. ‘Afterwards’ by Alice Dryden is thought-provoking while ‘Brighid’ by Mary Soon Lee is rather creepy, but in a good way.

I’m afraid ‘Harry Of Five Points’ by John M. Ford went completely over my head and I’ll say no more about it. This edition of ‘Apex Magazine’ wraps up with an excerpt from Elizabeth Massie’s ‘Sineater’ novel. It’s a rather dark and startling excerpt, presumably setting the tone for more horror to come. I think there’s enough of an excerpt here to entice people to investigate the novel.

The June edition of ‘Apex’ has something for everyone with some very good short stories and content. While I think the non-fiction piece was a mistake, it shouldn’t discourage people from what is certainly one of the better editions. Good content but I think I’d buy it just for the cover picture with everything else as a bonus. 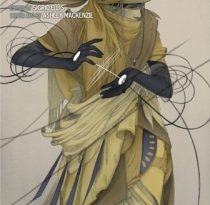 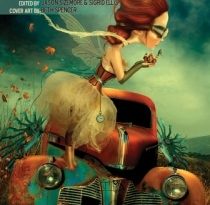 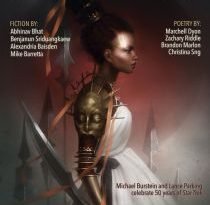