An intelligent Zombie Apocalypse film, starring Brad Pitt no less. Boy, I sure did not see that one coming. This is a film that asks some absorbing questions and its answers are more intriguing than the questions. A big expensive film, costing $200M, it also is the best zombie film I have ever seen – not a huge distinction. ‘World War Z’ steps back and looks at a ‘Night-of-the-Living- Dead’ – style event and its global implications. It takes a while to see that this film has much new to say about its well-worn premise, but the answer is yes, there was a lot here that really has not been done before. Rating: low +2 (-4 to +4) or 7/10.

Newcomers to filmmaking very often start with a horror film. The effect of Bela Lugosi’s hand extending from a coffin cost almost nothing in ‘Dracula’ , yet it gave people the shudders. Horror films rely on tension and atmosphere, very low-tech aspects of a cinema. The entire film ‘Carnival Of Souls’ is said to have come in for $30K to produce. ‘Night Of The Living Dead’ cost $114K. Horror does not need a mega-budget if the cast and crew are intelligent and understand horror. ‘World War Z’ cost Paramount a reported $200M. Tension and atmosphere are there, but so is an action plot. The film has a lot of spectacle and action presented at a slam-bang pace, but they may be even inimical to the quiet chills a good horror film gives and ‘World War Z’ is not a particularly gory film. It has a PG-13 rating and has to stick with that if it is going to attract a young-teen audience. The film is not so much a spawn of ‘Night Of The Living Dead’ as its own ‘Adventures In Zombie Land’. The leap to mega-budgets for horror is lamentable, though the step back from gore is at least a silvery lining. ‘World War Z’ has a horror premise, but it is more a Science Fiction film that looks at a zombie apocalypse from a Science Fiction viewpoint.

‘Night Of The Living Dead’ took place in a tiny town outside Pittsburgh. The coming of zombies was a worldwide phenomenon, but the film itself is restricted by budget and imagination to one small town. I am unaware of any zombie film until now that looked in detail at the international implications of a zombie apocalypse, but ‘World War Z’ looks at a revenant uprising as it impacts a worldwide stage.

Gerry Lane (played by Brad Pitt) is a retired United Nations official who has left the service to devote his life to his family. He is with his family in a Philadelphia traffic jam when a motorcycle knocks the side mirror off his car and just keeps going. Then there are other crashes in the traffic and explosions in the distance. Clearly something strange is happening. His family has to flee on foot, steal an RV and, just in general, run without knowing who or what they are running from. We know from so many films what is going on, but in such an emergency information is hard to get.

A former United Nations colleague arranges for Lane and his family to be taken to a Navy ship where some of Lane’s questions are answered. Lane reluctantly agrees to leave his family in the protection of the Navy and to go on a multi-nation trip to try to trace down the origin of the disease – if that is what it is – and to try to find a way to fight it. On the agenda is South Korea and Israel. The disease was first reported in South Korea and Israel is the only nation that has had much luck fighting off the zombie epidemic. Mysteriously, they seem to have been preparing a few days in advance of the attack.

It is an interesting question why would Israel be on top of this particular problem? It is a good sign that the script by Matthew Michael Carnahan asks engaging questions but what is really impressive is that the film’s answer to that question is more interesting than the question itself, and that is a sign of a very well written script. The story is in part by J. Michael Straczynski of ‘Babylon 5’ fame and he well knows the value of having good questions and answers in screenplay to hold the viewer’s attention. In the last part of the film, the uprising is treated much as a scientific puzzle. That is always an interesting approach to a story.

Much of the film is shot with hand-held camera. The color palette is subdued throughout giving the film much of the emotional impact that monochrome would have given it. The film combines scenes shot with handheld camera, inexpensive since they only contain what is right in front of the camera, with judicious use of spectacle created with digital. Seeing huge mobs of zombies swarming in unison, the effect is much like watching ‘Leiningen Vs. The Ants’. 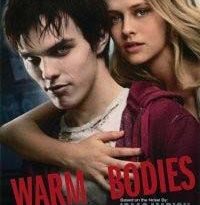 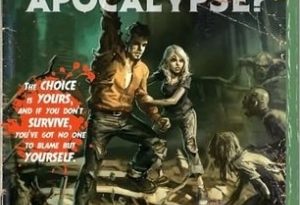 Can You Survive The Zombie Apocalypse? by Max Brallier (book review)