Does the world, let alone fans, need another guide to ‘Doctor Who’? There are now plenty available, some more general histories and others detailing story-by-story facts in minute detail. ‘Who Beyond 50: Celebrating Five Decades Of Doctor Who’ is an anthology of essays by Brian J. Robb and Paul Simpson and falls into the former category of being a history of the show. The essays from Robb and Simpson were originally published on the ‘Sci-Fi Bulletin’ website and together make a pretty detailed and accurate chronology of the programme’s production, reception, cultural influence and fandom. While we’re not talking about the scale of Tat Wood’s ‘About Time’ series, we are dealing with two fans who had previously written for high-profile fanzines like ‘The Celestial Toyroom’. In short, Robb and Simpson know their stuff.

This places this book in a better light than their previous effort on the ‘Lord Of The Rings’ adaptations that I reviewed here: http://sfcrowsnest.org.uk/middle-earth-envisioned-the-hobbit-and-the-lord-of-the-rings-on-screen-on-stage-and-beyond-by-paul-simpson-and-brian-j-robb-book-review/ where I felt the research was sometimes a little light. For ‘Who Beyond 50’, it is clear these authors have researched and used up-to-date interviews and articles to reinforce their points.

This is particularly pertinent to classic era of the series where enough time has passed for materials and memories to come to light. The down side to this is that the new series era is not as well served. While I suspect the stories behind the fraught first year and Moffat’s handling of the show when taking over the reins have yet to emerge, that will also change the way we view the programme in years to come. Also, the duo do sterling work giving an overview of eighties fandom, including the influences of Ian Levine and Gary Levy/DWB. It’s an important part of the story and shouldn’t be ignored. Arguably, though, so is the emergence of ‘Rec.Arts.DoctorWho’ and ‘Outpost Gallifrey’ and so where its view of fandom falls down is the lack of information on the 90s and early 00s and use of the Internet.

There is a good overview of the audios from Big Finish and also of the New Adventures, however, when it comes to the Eighth Doctor Adventures and the Past Doctor Adventures, the information is lacking once more. It would be nice to read a history of the EDAs that doesn’t just rely on referring to the whole saga as ‘frequent bouts of amnesia and Faction Paradox’.

Being a collection of essays, the book occasionally repeats itself, but not too badly. I only noticed two chapters ending with the line ‘Time will tell’. Overall, though, it keeps the story of ‘Doctor Who’ moving at a brisk pace, examining producers and actors alike, trends within the show’s production and how the show addressed the many challenges it faced. For the novice fan, it is an excellent overview. For the more seasoned, it may be a little of what you’ve heard before, but rarely all in the same place. A good companion for Howe and Walker’s own ‘Television Companion’ (http://sfcrowsnest.info/the-television-companion-volume-one-the-unofficial-and-unauthorised-guide-to-doctor-who-by-david-j-howe-and-stephen-james-walker-book-review/). 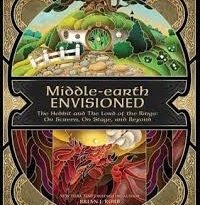 Middle-Earth Envisioned: The Hobbit And The Lord Of The Rings: On Screen, On Stage And Beyond by Paul Simpson and Brian J Robb (book review). 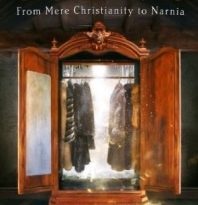 A Brief Guide TO C.S. Lewis: From Mere Christianity To Narnia by Paul Simpson (book review).

Middle-Earth Envisioned: The Hobbit And The Lord Of The Rings: On Screen, On Stage And Beyond by Paul Simpson and Brian J Robb (book review).

A Brief Guide TO C.S. Lewis: From Mere Christianity To Narnia by Paul Simpson (book review).