Jim Semivan, a former CIA Operations Officer and the co-founder of the organisation ‘To The Stars,’ joins the CAB team for a conversation that covers a broad range of topics pertaining to UFOs.

Dark Journalist demonstrates that intelligence agencies such as the CIA, as well as the media, are now pushing the shutdown of nuclear missiles by extraterrestrials as a dangerous threat as part of a high-stakes competition known as the National Security State UFO File WarGames.

A conversation with Ross Coulthart, Chris Lehto, Vinnie Adams, and Carl the Crusher, brought to you by the UAP Society. Congress in the United States is eager to find out the answer to the question, “Was a US president lied to, and will there be adequate disclosure in the coming months?”

During the MUFON 2022 conference, Ron James conducts an interview with Congressman Tim Burchett regarding the secrecy surrounding UFOs.

Here’s a deep dive into the UFO and UAP ‘Need to Know’ Documentary with Coulthart & Zabel.

There is more to the Calvine UFO tale than meets the eye, according to an exclusive interview with a former freelance photographer for the Scottish Press who has seen all six images.

There are several stories circulating regarding upcoming disclosures that might drastically alter the globe in the near future as the UFO disclosure process moves forward.

For over two hours, Andy is joined by John Greenwald of The Black Vault to discuss the Tic-Tac incident being US technology and whether or not he believes we are being visited by a non-human intelligence.

UFO Disclosure, the Admiral Wilson leaks, crash recoveries, and how Congress is handling UFOs are all topics Ross Coulthart discusses in this interview.

Steve, a resident of Las Vegas, Nevada, saw his first UFO in 2011 while travelling with his wife on a vacation close to Nova Scotia. Since then, he has installed cameras to record what is happening in the skies over Area 51 and Las Vegas on his property west of the city.

Dan and Nathan join Andy to discuss a variety of news stories and talking points from the last two weeks, including Ross Coulthart’s most recent 7news Australia documentary, Out of This World; The Hill piece, “Congress indicates UFOs have non-human origins;” and the Calvine UFO controversy.

Why we need to be doing interstellar archaeology, and how Avi Loeb and his colleagues at the Galileo Project want to retrieve an interstellar object from the depths of the ocean are topics that will be covered in this podcast.

Andy is joined by Rizwan Virk to talk about simulation theory, and Andy wonders aloud whether or not we are participants in some kind of game. If that’s the case, who controls the simulation?

Operation Paperclip: did it sweep up a Nazi Black Forest UFO crash site? 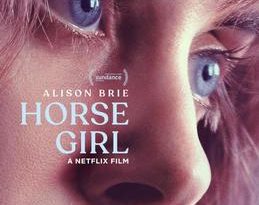 UFO mass sighting in New Jersey, USA: thousands see it, many report it in (weird news)

Do aliens walk among us? William Shatner has the answers. Or at least, some snark! (video).