The MysterWire Roundtable, in which various UFOlogists chip in on the uptick in interest from the U.S. government on UAPs.

Here, Professor Simon looks into whether the Jellyfish UFO from the Soviet period was a covert Cold War weapon test.

Skinwalker Ranch is regarded as one of the world’s most active paranormal hotspots. Joe Scott steps forward to muse about what may be going on – and what my not be going on – at Skinwalker.

The UCR crew chat with U.S political expert and journalist Jamarl Thomas about the UAP/politics matrix and what the increasing attention on the subject from the government may or may not lead to. Senator Kirsten Gillibrand has suggested a new NDAA and ASTRO office, which Jamarl also discusses.

Author Paul Stonehill discusses Soviet UFO sightings on Coast-to-Coast-AM. He tells a fascinating anecdote about Lake Baikal, which he describes as “one of the strangest lakes in the world.”

According to Stonehill, the Soviets discovered enormous creatures capable of swimming underwater without the need of any breathing device in 1982. When the military attempted to capture these aliens, he said that numerous troops were killed. Stonehill said that he had corroboration of the occurrence from a number of trustworthy and unrelated sources.

Stonehill emphasised the link between UFOs and water on many occasions, citing a Soviet astronaut who stated that there was a UFO base in the Indian Ocean.

He also argues that the famed Tunguska disaster was really the result of a fight between two UFOs. He also stated that two covert trips to the location were sent immediately after the incident, but the results are still unknown.

The ladies of UFOlogy get together to chat about the phenomena from a female perspective.

Campbell Moreira is interviewed by the UCR. He’s a proponent of UAP science data, the founder of http://UAPstudy.com, and a moderator on the r/UFOscience forum. He works to raise public knowledge of scientific findings connected to UAP research.

The book Intruders, authored by the late alien abduction researcher Budd Hopkins, may have been the most compelling of all his works. Debra Jordan-Kauble, the primary topic of that article, appears with Richard Dolan to discuss her amazing case of alien abduction.

For anyone new to the UAP topic, here’s Luis Elizondo being interviewed on stage the other night at the GQ Magazine live event.

While on the Alien Scientist, A.S. chats with Cristina Gomez about how/why her UAP Channel was censored and nearly crushed by YouTube.

There’s also a bonus UAP video thread this week, looking at the two possibly rival UAP/UFO offices now being set up by the USA, which you can find over at https://www.sfcrowsnest.info/u-s-department-of-defence-looks-to-de-rail-the-american-senate-from-setting-up-a-powerful-new-x-files-unit-news/

Thanks to science fiction & fantasy author Stephen Hunt for compiling and authoring this weekly report. Best-known for creating the steampunk genre with his best-selling Jackelian series (HarperCollins/Macmillan/Tor), the first of Stephen’s Sliding Void space opera series adventures was simultaneously the #1 most downloaded novel on Amazon UK, Amazon USA, Amazon Australia, and Amazon Canada. Mr. H. now makes time in between scribbling his literary endeavours to go so far down the rabbit hole that we’d need to dispatch the White Rabbit as a Crash Retrieval Specialist to rescue his ass. 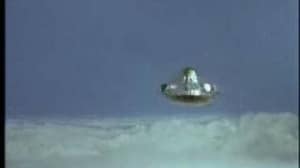