Picking up after events in the novel ‘All Flesh Is Grass’, ‘Mutually Assured Destruction’ opens with the imminent destruction of a Dalek spaceship. It’s all getting a little bit hairy for the Eighth as he negotiates the tricky route back to his TARDIS. Meanwhile, in another part of the ship, there is an awakening. Two people, the last of their race have been taken by the Daleks to study. The malfunction of the cryochamber means they might have a means to escape before the ship explodes. For all of the would-be-escapees, there is always a catch. 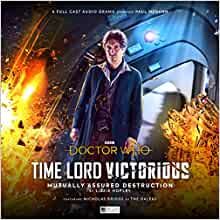 As the Doctor uses his wit, verbal and otherwise to extend his chances of survival, we listen in real time to the Daleks get very over-excited about everything. The Doctor (Paul McGann), despite the rather desperate circumstance is in a playful and teasing mood. He doesn’t let the idea of death get in the way of taking the mickey out of the Daleks. There is a lot of verbal fencing here with the various Daleks who also have survived so far. He also finds out information that we learnt in ‘The Enemy Of My Enemy’, making him realise the price for this collaboration.

Meanwhile, there are the two other escapees Tiska (Samantha Beart) and Groth (Wilf Scolding), remnants of a race destroyed by the Daleks, keen to get off the saucer. The soldier Groth has awakened from cryo, confused and obsessed with something that we don’t get to the bottom of in this episode. Always intriguing to get something seeded into the next episode unless, of course, it’s picked up in one of the adventures appearing elsewhere in another format that I don’t know about-agh. We shall see.

This is the Doctor who’s getting dangerously close to the one that will be rejected by Cas in ‘The Night Of The Doctor’. She would rather die than be rescued by him, such is his reputation. This is the man who uses his last breaths to quip with the Sisters of Karn before finally acknowledging his future role becoming a warrior, rejecting his past.

The adventure is around 55 minutes with another few minutes background with some of the participants and the full music suite at the end. The production team are more or less the same except the episodes are penned by different writers. Big Finish will also be releasing ‘Echoes Of Extinction’ featuring both the Eighth and Tenth Doctor in a final, possibly adventure for the ‘Time Lord Victorious’. 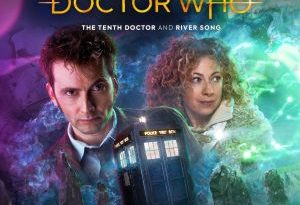 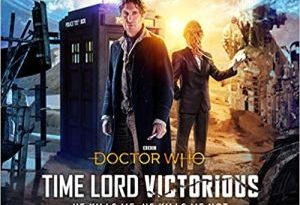 Time Lord Victorious – Eighth Doctor (1 of 3): He Kills Me, He Kills Me Not by Carrie Thompson (audio cd/download review). 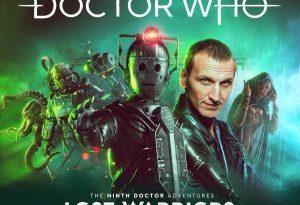