‘The Noise Revealed’ is the sequel to ‘The Noise Within’ and I’m sorry to say, I still have no idea what any of it has to do with the main aspect of the plot. As revealed last time, ‘The Noise Within’ is a sentient spaceship that went missing, discovered and returned with the first members of an alien species. Surely, this would be the most significant event for mankind, even if they’ve colonised other worlds and yet author Ian Whates ignores it he concentrates on characters who have their own plights that have nothing to do it. Things aren’t helped that you don’t really care for the characters themselves. Mostly, you are told the events rather than even having the characters live through them which isn’t good storytelling. If Whates is trying this as an experiment, then it fails dismally. It’s like he’s going through the motions but doesn’t believe in his reality itself.

A third away from the end of the book, things get a little more interesting when one of the characters who managed to work out the problems with ‘The Noise Within’ is hired to sort out ‘The Revolution’s engine, whom I didn’t even realise had a problem but there was a reference to the book title starship. Likewise, the scene where Kethi wins a game of poker is interesting but these are choice scenes and looks like more work was done here than with the rest of the book.

For a novice release as a writer, as revealed in the afterword, it is pointed out by Ian Whates himself that the pair of books were sold on the premise and a sample chapter but he really does have a lot to learn in telling a story. There is always a problem of believing you have to stay within the premise you tell the publisher rather than have the confidence that if you think you can do better, keep the editor informed, then to go ahead and do better. You should certainly not do worse. The book title really deserved better than this. 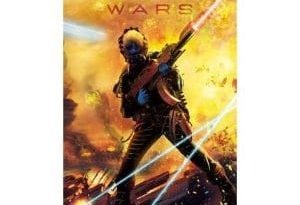 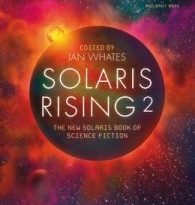