Second books of either a trilogy or a series are notoriously difficult to write, especially if it is accepted that some readers will not have seen the first book. Somehow information needs to be conveyed about the characters that continue from one book to the other, the setting has to be re-established without boring previous readers and some knowledge of what has gone before to prevent the reader wallowing in confusion. There are techniques and skills that a good writer can use. 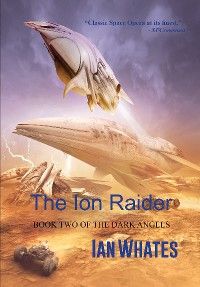 ‘Pelquin’s Comet’ introduced the far future SF setting and the principle characters. When ‘The Ion Raider’ opens, it is about ten years later. The team known as the Dark Angels have scattered and are trying to lead lives under the radar. Then someone tries to assassinate Jen (formerly Shadow) destroying her country retirement with Robin. She hunts down the would-be assassin and, in turn, is hunted. Hooking up with Leesa (Hel N), she discovers that all the Dark Angels are being targeted by a group called Saflik. They plan to alert the other members of the group. Some don’t want to be involved.

Corbin Drake, their former captain, is an agent for the First Solar Bank and leads searches for alien caches. These are artefacts left behind by a vanished alien civilisation. The common assumption is that they were left for a following high-tech civilisation, in this case, humans, to give them a leg-up in their scientific understanding of the universe. Some items have been useful but others are dangerous suggesting humans are not yet ready for all the knowledge on offer. He is sent to Enduril II, where the claim is that the government has a cache but want to open it up as a tourist attraction. It is the contents of some of these caches that have given the Dark Angels unusual abilities.

By the time Jen and Leesa arrive on New Sparta, intending to find Drake, it is clear that his mission has gone wrong. It was some kind of trap. Fortunately, Drake has left behind a back-up, the Ion Raider, a spaceship that has been mothballed for the last ten years. With a skeleton crew, they are in a race to find him.

In some ways, this is a typical space opera. There are many novels that have alien artefacts left for humans to exploit. What is different here only becomes apparent towards the end of this novel and, like any trilogy, this second volume ends on a cliff-hanger. The characterisation is good, the action well-handled but to fully understand the capabilities of the Dark Angels, it is better to read ‘Pelquin’s Comet’ first but has Ian Whates managed to get past the second book syndrome? Yes, partly because of the time and space between adventures so that since the characters have moved on in their lives, there is catching up to do between the protagonists. Also, as Jen, Leesa and Drake move between worlds there is sufficient description to paint an adequate picture. It will be interesting to see how Whates deals with these issues in book three.

Both these books are worth having on your shelves and they have spectacular covers courtesy of Jim Burns. That and ‘The Ion Raider’ was co-winner of the 2018 BSFA Award for Artwork. 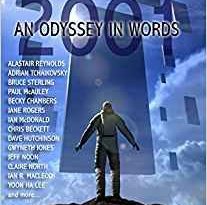 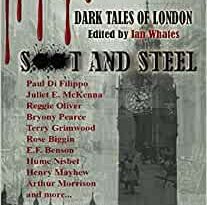 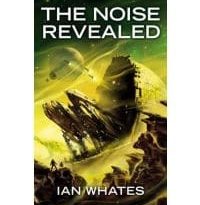 The Smallest Of Things by Ian Whates (book review).