‘The Man Who Laughs’ is a graphic novel adaptation of the little-known Victor Hugo novel originally published in 1869. Before you ask what this has got to do with genre fiction, I should point out two things. The first is that Gwynplaine, the hero of this story, is the inspiration for the hideous forced grin of The Joker in ‘Batman’. The second is that David Hine and Mark Stafford, who have done an amazing job of turning Hugo’s sprawling seven hundred page tome into an approachable graphic novel, both have extensive experience in genre comics. The story opens on the south coast of England in 1690. A nine year-old boy is abandoned on the dockside as his former travelling companions leave the country by boat, seemingly in a hurry. The ship they’re on hits rocks half-way to France and as it sinks, the penitent travellers write a joint confession, explaining what they did to the young lad and pop it into a bottle. It’s the only thing to survive the shipwreck. Meanwhile, as the boy wanders through the snow seeking shelter, he comes across a baby desperately trying to suckle from its mother, who has died of exposure. The boy picks up the small child, wraps it in his coat and redoubles his attempts to find somewhere warm to rest.

He is rewarded for his persistence when he pricks the conscience of a man called Ursus, who lives in a caravan with his pet wolf, whom he ironically calls Homo. Ursus is a kindly man who takes in the boy and the baby. It is at this point that we find out why the shipwrecked travellers wrote a confession before dying. When the lad, who announces that his name is Gwynplaine, takes his scarf off we see that his face is ruined, forced into a permanent rictus grin through surgery. He is not the only victim, though. When Ursus examines the baby, whom he names Dea, he realises that exposure to the elements has blinded her.

As Gwynplaine and Dea grow up they become an integral part of Ursus’ travelling troupe, providing theatrical entertainment to the masses at every town they come to. When they reach London, they stay for an extended period, putting on their plays in the courtyard of a pub whose owner is an old friend of Ursus. It is here that Gwynplaine’s facial deformity comes to the notice of Queen Anne’s illegitimate sister, Lady Josiana, a cruel but beautiful society girl who is always on the look-out for novelty. When she decides to seduce Gwynplaine, he is initially hypnotised by her beauty. However, when he sees the British aristocracy close up for the first time, it forces him to decide what is most important: his adopted family or the privileges of wealth?

‘The Man Who Laughs’ is a melodramatic story which demonstrates Hugo’s republican leanings. A century ago, the novel was characterised by literary historian George Saintsbury as ‘probably the maddest book in recognised literature’. Given its length and difficulties, it’s not surprising that few have read it. However, the story at the heart of the book deserves telling. As with all Hugo’s best writing, it combines the personal and the political in an engaging way. For a genre audience, there is enough weirdness to keep you interested throughout. All it needed was someone who could bring the core of the story to life. That’s exactly what David Hine has done, ruthlessly cutting the novel down to its essentials and delivering a script that is dramatic, immediate and pacy.

Mark Stafford’s artwork is vibrant and energetic. It is highly stylised but this helps to convey the drama of the story. It bears repeated re-readings, as there is plenty of detail that you are unlikely to notice on a first reading.

‘The Man Who Laughs’ is a great example of how the graphic novel format can give new life to a largely forgotten work of art. I am sure that those who have studied Victor Hugo’s life and works will know about the novel. I’m less sure than anyone else will. The story it tells is hugely entertaining and deserves a much wider readership. David Hine, Mark Stafford and publishers SelfMadeHero should be applauded for re-introducing the tale to a modern audience. I loved it and wish them every success. 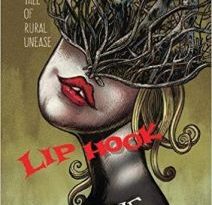