I can’t believe ‘Jupiter Magazine’ has now reached 40. Time passes so quickly and it doesn’t seem long since it was a teenager. However, with maturity, it gets better and better and in this issue there are plenty of good stories for you to read. Author David Conyers is also an artist and he provides another evocative illustration for the front cover, this time of explorers on a strange world. They say every picture tells a story. In the foreground, a being with a mechanically assisted body regards two companions and the mirage in the distance starkly silhouetted against an alien sun. There are lots of planets out there in the galaxy as the space telescope Kepler has shown. I think at the last count 130 confirmed cases exist along with 3000 possibilities and despite, at the time of writing, technical problems have put an end to its exploration, it has shown the way forward. We now know that there are probably lots of planets out there with possibilities beyond imagination. Capturing this on a cover attracts the reader to the contents within and what a collection we have this time!

‘The Dreamer And The Dream’ by Alfred Searls took us out into the solar system and an interplanetary war fought in space with the Royal Navy up against Russian ships. Much like the Second World War, a convoy of ships protected by the British destroyer is in conflict with, not a German but a Russian space equivalent of a U-boat. The story is about Captain Doyle, his life story and a dangerous war with no end in sight.

Stanley Wilken’s ‘The Perfect Meal’ was all about a struggling colony somewhere out in the galaxy where humans trying to make a living on a strange world were fighting for their lives against lizard creatures. A relentless battle was taking place with more and more of them appearing. They also had an appetite for human flesh. Despite being a bit like ‘Starship Troopers’, with the reptiles replacing the bugs, it was a well told story with good characterisation and description.

Lou van Zyl story ‘Ennui 101’ was a little masterpiece. Very cleverly written, with good descriptions of office life which makes you think the author has been there, worn the t-shirt, etc. A man bored with the routine happenings in his workplace sits in the coffee shop contemplating architecture. He notices something strange about the building layout and a room which shouldn’t be there. Oh, what does he do to relieve his boardroom, sorry, his boredom?

‘An Endless Harvest’ by Michael Sutherland related the story of Franklin, an amateur scientist with a time machine in his basement. He was able to go back to the dawn of time on Earth, 4 billion years ago, to examine life in its very infancy. Unfortunately, he was also a bit of a bungler. He had visions of a world free of disease, etc, but his methods were rather suspect. An excellent story with the curious ending we didn’t expect. Great character, Franklin, frankly one you would not like to be in charge of your medical matters!

‘Celestial’ by Rod Slatter took us below the city to levels where the rejected of society dwell, accessed by going through a metal hatch from the more affluent regions above. Immediately getting into trouble as soon as he descended, a man called Trent had no option but to carry on in order to rescue a kidnapped friend. Hopelessly out of touch with the reality of his situation, he receives help from an unlikely source.

Finally, ‘Mad World’ by Dean Giles. On a planet with three suns, a man tries to do experiments to find a solution to his infertility. He does this by taking blood samples from some of the socially disadvantaged members of society. When the three suns are in the sky at the same time, local insects go raving mad in a mating ritual. The question remains, what will happen to him? This is a good set-up for a short story with a weird planet, perhaps one a repaired Kepler will one day see and its effect on life and the environment. Well delivered from an author we have seen on ‘Jupiter’ pages before.

A magnificent issue, one befitting the 40th ‘Jupiter’, one that the editor, Ian Redman, and authors should be proud of, it’s definitely worth a read. ‘Jupiter’ has become established foremost amongst the best small print magazines around with a sound reputation for quality! 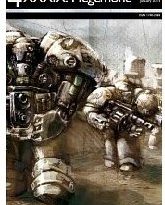