Asha is a dragon slayer. Her job is to slay dragons and bring their heads to her father, the King of Firgaard, in order to make amends for the evil she caused as a child, by telling forbidden stories which caused dragons to attack Firgaard and killed her mother. Also, as part of her atonement, Asha must marry Jarek, the commandant. Troubled by the prospect of this marriage, Asha is very pleased when her father offers her an opportunity to hunt Cozu, the first dragon, instead of marrying Jarek. But hunting Cozu proves to be a hard task and, in the attempt, Asha makes unlikely friends and learns secrets that will make her question her beliefs. The concept of a story where telling stories was forbidden, was fascinating and it played out really well on the page. Kristen Ciccarelli explores storytelling and a society that is adverse to it, in a way that I found engaging. She is very clearly a lover of storytelling because it shone from her writing. There were short stories throughout the book that the people in the world told to each other, which as well as being engaging in themselves, complemented to the story by revealing details that lead us to understanding more about the characters and the plot. The story doesn’t end up being what you anticipate at the start, there are some really good twists and many of them are revealed through these stories. In addition, much of the narrative is told in a voice that would lend itself very well to oral storytelling. I can imagine people sat around a fire being told this story.

It is so nice to see some traditions that I think are often forgotten play fundamental roles in this story. As well as the oral storytelling, they have an oath that people say to each other in marriage that some of the characters use to show their love to each other prior to marriage, that I thought was lovely. When lots of stories nowadays often talk of love where people give up on each other or where people move from person to person quickly, it was nice to see people making a really deep commitment to each other, not only in making promises, but in promises that they and their society value as unbreakable.

Asha is an intriguing character. Much of her character arc is about the amount of shame she feels for her love of stories, which is problematic in her society. Finding your own identity is a theme that is often explored in YA, but I enjoyed this take on it that was based quite heavily in Asha coming to terms with what she’d done and working out how she was going to move forward with it. There seems to be an increased trend of having morally grey characters which I think is great because humans are generally not as morally perfect as book characters and I think taking a character who is looking at her past and working out how to go forward, despite what she’s done wrong is an engaging but also positive concept to explore. Also, we often read stories with strong lead characters, but it was great for that to be balanced out with her feeling quite deeply about how the opinions and actions of those around her were affecting how she felt about herself.

Similarly, the supporting cast of characters are amazing, not just in their role of showing character development for Asha, but in their involvement in the plot. While Asha is the main character and the book is told solely from her perspective, the supporting cast is very well-developed. They all feel like real people with their own lives and many of them are essential to how the plot played out and the final outcome in fundamental ways, despite much of their input happening off page. It’s nice to see a fully rounded supporting cast.

My biggest problem with the story is the romance. While it is good in ways, with the love interest supporting Asha’s character development, in other ways it is very cliché. They fall in love over a ridiculously short period of time and then are generally ridiculous about how much they love each other. While I understand that love is an extremely powerful emotion, I am quite fed up of the instalove trope that is dominating so many books, particularly in YA.

However, despite my distaste for the romance, other relationships are really powerful. Asha and her cousin Safire love each other deeply. They have a great friendship built on years of living together and helping each other. Additionally, while not as significant, there is an interesting relationship between Asha and her brother.

I was very pleasantly surprised by how fast paced the narrative is. Just as one thing seems to calm down, there is another twist or turn that made me want to keep reading.

Another thing that surprised me pleasantly was the dragons. I wasn’t objectionable about them being in the story when I read the synopsis, but they weren’t what drew me to the story and I wasn’t expected to find them as interesting as I did. The peoples’ relationship with dragons is a fascinating layer to the story, as there are times particularly in the short stories within the book, where the humans and dragons are very close. We tend to imagine dragons as horrible creatures and in fact they do do some unpleasant things in the story, nevertheless viewing them more complexly, not just as always the bad ones, is a good aspect of the book.

Overall, it was a fantastic read and I highly recommend it if you enjoy fantasy, particularly strong female leads, lots of action, oral storytelling and lots of twists and turns. 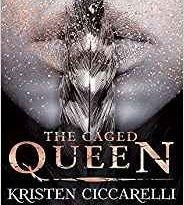