I have to confess to a little confusion when I saw the cover of Mark Voger’s book ‘Groovy’ back in the summer. TwoMorrows is known principally for their interest in comicbooks and despite the cartoon head of a dollybird on the cover, this book is about the flower power/hippy culture from 38000BC to April 1970AD. Actually, according to the supplied timeline, that was when the first hallucinogenics were used. Voger says the ‘Groovy’ generation started in 1964 when the Beatles landed in New York. Interestingly, the word ‘groovy’ was originally coined in the 1920s by jazz musicians. What comes around, goes around. Everything is adopted for the times they are in and needed. Really, the ‘Groovy’ period was all of 7 years but it changed the youth culture of the western world. From the looks of things, I’m only a little older than Voger and the most I remembered about these early records was more to do with the melodies than what the lyrics actually meant. I should point out that although ‘Groovy’ focuses on what was happening in the USA during this time period, the British band influence is also there. Not every last one mind you but mainly the significant ones.

Voger than ploughs into the influential bands from that period, often sprinkled with brief interviews with some group members about specific songs which should make some of you from a specific generation sparkle with nostalgia. If anything, the photos of these groups from that period show the Beatles influence of their haircuts. As an observation, I suspect the youths of back then just needed the right incentive to throw away some of the shackles of their parents and finding their own identities and the Fab Four led the way. There’s also a few bands, like ‘Guess Who?’ I’ve never heard of before.

Don’t forget, this book isn’t just about music but the culture of the period so you get sections on ‘The Monkees’ and even ‘Rowan And Martin’s Laugh-In’. I was rather interested in discovering that Tiny Tim’s use of his falsetto voice was to mimic the tinny sound off the gramophone records he grew up with.

There were some interesting discoveries. I mean, I didn’t know the term ‘shithead’ derived from some people getting high smoking dog pooh allegedly for instance.

Oh, lest we forget, some aspects of comicbooks are covered, mostly with DC Comics’ Wonder Woman’s make-over and Underground Comics, which was part of the culture. The more you read this book, there is the occasional awareness that he can’t cover every subject in as much detail as he wants. Certainly, Voger’s archive is impressive and it would make an interesting subject to cover the non-flower-power activities of the time if he has it available.

It goes without saying that Woodstock would be covered and all the problems associated with getting the bands in there by helicopter because of the traffic jams. I often wonder what the people caught up in the jams actually heard. From there into Jimi Hendrix and you’re getting your cultural fix. With Altamont, we see the worse ways to run pop concerts within a short time of each other.

The latter half of the book looks specifically at TV shows ‘The Brady Bunch’ and ‘The Partridge Family’ before a selection of animation shows carrying on the music.

There really is a lot of material in this book and I’m only scratching the surface or you won’t be buying your own copy. If you’re into 60s music, then this book is a must as Mark Voger did his own interviewing over the years so this is a direct source.

If you were too young to appreciate the time period, then this book will give you insight into the culture of the time. As Bob Dylan sung, ‘times were a-changing’ and the 1960s was the place it started. 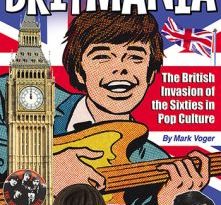 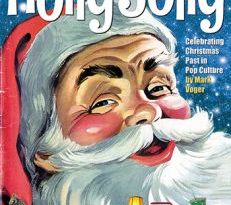