Sara Walker is a theoretical physicist and astrobiologist, while Lee Cronin is a chemist by profession. Here, they get together with our Lex to chat about the possibilities concerning extraterrestrial life and civilisations.

Are we alone in the universe? This is a question that has captivated the human imagination for centuries, and it’s one that science is still working to answer. The search for extraterrestrial life and civilizations is an ongoing journey, and while we don’t have all the answers yet, there are a few things we know that are worth considering.

First off, let’s talk about the odds. The universe is vast, with about 100 billion galaxies and each of those galaxies has, on average, 100 billion stars. That’s a lot of real estate for life to potentially evolve. With so many potential places for life to take root, it’s hard to imagine that we’re the only ones out there.

But let’s not get too ahead of ourselves. Just because there are a lot of potential places for life to exist, that doesn’t mean that it does. Evolution on Earth took a lot of time and the right conditions for it to happen. The same could be true for other planets. It’s possible that life exists elsewhere, but it might be incredibly rare or might have developed differently than on Earth, and we might not recognize it as life.

Now, let’s talk about civilizations, because just because life might exist somewhere else, that doesn’t mean that it’s intelligent or able to communicate with us. Civilization is a tricky thing. It requires a lot of different factors to line up just right, such as the development of technology, language, and government. And even if all of that happens, there’s no guarantee that the civilization will last long enough for us to detect it or that they will have the desire and capability to communicate with us.

But let’s keep our spirits high, because even if the odds of finding life or civilizations out there aren’t great, that doesn’t mean it’s impossible. With each new discovery and every new telescope, we’re getting closer to finding the answer. So, keep your ears and eyes open. The possibility of a little green man stopping by for tea isn’t out of the question yet.

The question of whether we’re alone in the universe is tricky. The universe is vast, and there are many potential places for life to exist, but that doesn’t mean that it does. Civilizations are even harder to come by, but who knows, with new discoveries and new technologies, we might find the answer to this age-old question. In the meantime, keep your telescopes pointed towards the stars, and fingers crossed for that little green guy to knock on our door.

Is alien ‘life’ weirder than we know? (science video). 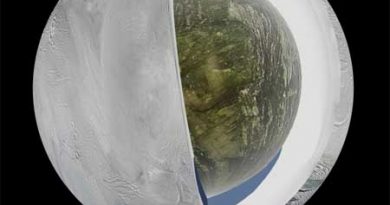 Is there life on Venus? (science video)