This is the first book in ‘The Stark’s War Trilogy’. As we have come to expect from Campbell (which is John G. Hemry’s pen name), this is futuristic military Science Fiction but while his ‘The Lost Fleet’ series of books is the navy in space, ‘Stark’s War’ is very much army and US Army to boot. It’s also set not too far in the future. Humans have got back to the Moon but that’s about as far as they have got. 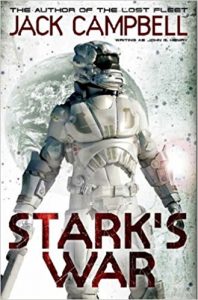 Before getting into the review let’s get one thing straight, I’m going to refer to the author as Jack Campbell as this name is in big bold letters on the front cover and the spine of the book. The bit about ‘writing as John G. Hemry‘ appears in small print and brackets. Perhaps he wrote the book before he adopted his pen name. The addition I’m reviewing is a 2011 British reprint as I think the books were first published about 10 years earlier by an American publisher.

While ‘Stark’s War’ is set in the near future, in some respects it’s an alternative future where here on Earth there is only one super-power remaining and that’s the good old US of A.. China, Russia or Europe don’t really figure in this as separate entities just being lumped together with the rest. It’s just the US verses the rest of the world. To complicate things even further, it seems the major US Corporations are pulling the strings. The politicians are firmly in the pockets of the Corporations.

The book is divided into three parts with no chapters. Preceding ‘Part One: Operation Tranquility’, there’s a rather brief ‘Prologue’ which sets the political/commercial context for the upcoming military action. While the USA busied itself plundering the riches of Earth, other countries took to the Moon establishing research centres, laboratories, industrial plants and small towns. The wealth began to flow back to the nations on Earth.

The US Corporations decided they wanted the wealth to flow back to them so orchestrated the US military invasion to take over the Moon. I like the twisted logic which implies they own the Moon after the Apollo missions. Unfortunately, this initial invasion is a bit of a disaster with only the actions of Sergeant Ethan Stark prevents a complete catastrophe. They do manage to capture a colony but not the whole Moon as intended. The US military is now engaged in a long war of attrition with neither side having a clear advantage.

Stark, being a Sergeant, is an enlisted officer which is important as this book is based on divisions. Firstly, there is the division between the US and the rest of the world but, within the US, there are clear divisions between the civilian population and the military. They rarely mix and most new recruits are from military families living in military quarters. Of course, Stark is an exception as his parents were civilians.

There are even clearer divisions between the enlisted men and their officers. Stark’s company sees a steady procession of officers as they are rotated out to other positions or promotion having earned their campaign medal after six months. While it might not do much for the soldier’s moral, it does mean that they only have to put up with a bad commander for a short while before a new one replaces them.

‘Stark’s War’ has three military engagements for Stark, so it’s not cover-to-cover non-stop fighting. In fact, there are quite long passages where the political and economic context for the war emerge in discussions between Stark and other sergeants or his own troops. There are also a number of flashbacks to incidents in Stark’s earlier life which made him the man he is. When a new general arrives with not only a new plan but a new way of thinking, things get rather more interesting. I liked the presentation to the sergeants where this new way of fighting is explained.

One of the things which caught my attention is that there is no inequality of the genders in this army. At least half of Stark’s fellow sergeants are female, as are the soldiers. Another thing I did like was that to finance the war the military had sold the streaming rights to the US media. All soldiers were equipped with body cameras and the footage from battles was streamed back to Earth. The higher the ratings, the more money the military earned.

Streaming of the video was only possible because each soldier’s feed and position was broadcast on the military network back to their officers. It allowed the officers to micro-manage the soldiers during the engagement until things started to go wrong. At that point, most senior offices disconnected so as not to be associated with and then blamed for the failure. That’s the role of the lieutenants.

I’m a fan of Jack Campbell after reading ‘The Lost Fleet’ series of books. The naval actions of those books and life aboard the ships obviously drew on his own personal experiences as a naval officer which made them seem plausible. What I thought was lacking in ‘Stark’s War’ was the personal fear or terror a soldier must experience when they go into action and the shooting starts. However, the military actions are plausible.

Having read ‘Stark’s War’, I’m quite keen to read the next book, ‘Stark’s Command’. I enjoyed ‘Stark’s War’ and found it hard to put down. It’s an interesting take on the near future and well worth a read if you like military Science Fiction. 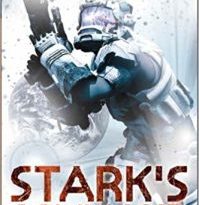 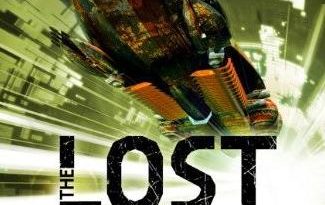 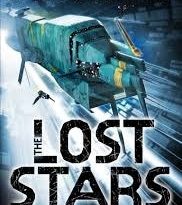