There is much that is captivating and compelling in this study into the mind of one of history’s great geniuses. ‘Inside The Mind Of Leonardo’ is an 85-minute biography of Leonardo da Vinci dramatically performed by Peter Capaldi in Leonardo’s own words from his numerous and bountiful but formerly private notebooks.

Leonardo da Vinci (1452-1519) was one of the great polymaths of history. Born poor and illegitimate and having to teach himself, he educated himself in painting, sculpture, engineering, anatomy, geology, botany, science, philosophy and the list goes on. He was careful to record his thoughts in his illustrated notebooks many thousand of pages long. Leonardo is probably best known for having painted ‘The Last Supper’ and ‘Mona Lisa’. He had a life-long love-hate relationship with humanity.

For ‘Inside The Mind Of Leonardo’ director and co-writer Julian Jones gives us a biography of Leonardo. The story of Leonardo’s life is told by titles on the screen and excerpts from his writing, many of which have never been public before this. They are a given dramatic reading by Peter Capaldi (the current Doctor Who).

From an early age, the boy genius had determined that he would leave his mark upon the world. As he put it, ‘I intend to leave a memory of myself in the minds of others.’ Having taught himself, he determined his own scientific philosophy. He is quoted as thinking that if causes lead to phenomena we experience, then we should be able to take experience and determine the causes. One amusing sequence has him thinking about the geometry of anatomy with geometric figures forming in air to illustrate the proportions.

One can tell that the writings that are quoted are the product of an unorthodox man. Early on, he is looking at the flow of water and comparing it to the shapes taken by long hair. Sometimes there is wit in his notebook comments and sometimes there is even a bit of vulgarity. He himself was at one point of his career accused of sodomy and was forced to flee to another city. Later in life, his disappointments and frustrations, as spoken by Capaldi, must have been overwhelming. One episode deals with a sculpture of a horse three times natural scale. For sad and ironic reasons, we learn why the sculpture is no longer around.

The film was shot in Italy in 3D, apparently in the same regions where Leonardo lives. We flit from one great history city to another. Italy is full of natural and manmade wonders for the camera to lovingly caress. The camera lingers on the picturesque scenery to the point that the viewer almost to the point that it is frustrating that we are not hearing more of Leonardo’s words.

Kim Gaboury ‘s camera-work calms the mind to rest in the warm Italian sun, but rather than sleep, it challenges the viewer to look around and think outside the box. We should see the world as new and unexplored, but to challenge the mind to do that exploration. I rate ‘Inside The Mind Of Leonardo’ a +2 on the -4 to 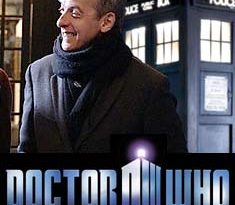