‘Replicas’ is about neuroscientist William Foster (actor Keanu Reeves), working for a big corporation designing technology that can transfer the personality of a recently dead person to a robot body but hasn’t got all the kinks in it sorted out. Mostly, the biggest problem is the personality adopting to the new body with disastrous results. His best pal, Ed Whittle (actor Thomas Middleditch), is involved in a cloning program for the same company, although that isn’t revealed early on.

When Foster is taking his family on a holiday, leaving late at night in pouring rain, they have a crash and, although he survives, his family are killed. He contacts Whittle to bring him his equipment and makes copies of their personalities. He then persuades Whittle to bring some cubicles for cloning to recreate his family. Whittle can only create three of these cubicles so Foster is forced into a situation when he has to omit one of his family. Foster’s obsession to this resurrection nearly has him neglecting his day job but he does sort out the problems of his original job. Things only come to a head when his boss (actor Emjay Anthony) reveals he knows what he’s doing and then we are in spoiler for the main action of the film. 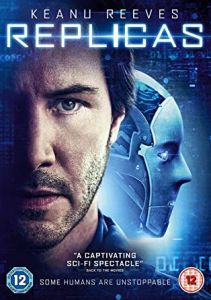 There are some things that have to be regarded as fudges here. I mean, taking a core sample copy from the brain via the tear duct and expect it to contain all the brain’s memories is questionable. Growing clone bodies in 17 days is useful for film but even an accelerated way of growing in nutrients is too short an interval. If you could do that for real, why have a childhood? When you consider Foster grew his wife and children’s clone bodies at the same time, they would have to be older when he took them out of the cubicles. Why isn’t organ replacement considered as well come to that?

The DVD extras are deleted scenes and a look behind the scenes. The producers reveal they were on a really tight budget and filmed in Porta Rico. Even so, they did put the money on the screen to great effect.

The audio commentary is with director Jeffrey Nachmanoff and producer James Dodson. Filmed in Puerto Rico for tax reasons and what is faked physically and digitally. It was also a Keanu Reeves project taking a while to get independently financed. It’s also a useful lesson to discovering special effects companies can leave if they get a better financial offer or fed up. Looking at what they say, the needle doesn’t actually go through the eye but the tear duct but the problem still exists and let’s not talk being able to edit memories. Much of the discussion is in how the film was made than the realities of making clones and personality transfer for real.

An odd SF film and although the actions aren’t the sort you see in an SF, some elements of it are predictable but is a strangely watchable film. 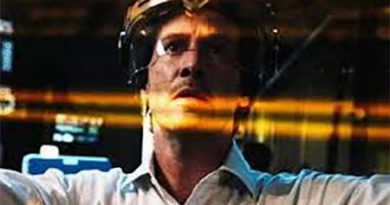