‘Future Science Fiction Digest’ is a magazine that focuses on international SF in order to get a different perspective from the dominant Anglo-American viewpoint. The following interesting stories feature in the current issue. 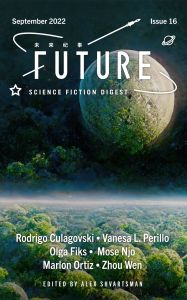 ‘Liz’s Tea House’ by Rodrigo Culagovski has Ana Herrera going to the Aeon Space Station for Diplomacy, Proxies, Calibration, Conferences and Suites to rendezvous with her new employer. It’s built for thousands of different alien species and has a bewildering mix of atmospheres and gravity fields. When she gets lost, she’s rescued by a friendly bot and taken to Liz’s Tea House. Although the setting inevitably brings to mind ‘Babylon 5’, the story reminded me, pleasantly, of those early Heinlein tales set on Luna Base, the ones he sold to the slick magazines back in the late 1940s.

‘Their War’ by Vanesa L. Perillo is a very short story, mostly told rather than shown, about an astronaut and a cosmonaut working on the International Space Station who have fallen out but must still co-operate. Contains the dreadful word ‘mansplained’ but apart from that, it’s okay.

‘Siri, My Love; Zuckerbook, My Home’ by Mose Nio has lHuman4891 in a real life crisis. Her world is falling apart but using her Siri app she can escape into Zuckerbook where everything is rosy. In fact, she can’t really function at all well without Siri or Zuckerbook. Real books are banned now and armed police from a phone company or a fast food chain are there to enforce the laws. A disturbing future that looms ever closer, providing we can keep the power on, of course. On recent bus journeys, I have noted that anyone under thirty permanently clutches a device in their right hand and has ear buds, too. Reality barely gets a look in.

Agnes dies right off in ‘Services’ by Marlon Ortiz but she has prepared for it. Perse, a dedicated company man, gives her the good news. ‘We regret to inform you that you passed away some minutes ago, but as an exclusive member of our subscription services, we will gladly help you to settle any affairs you had prior to this unfortunate event.’ Agnes gets a chance to make last minute arrangements and Perse can even give her a final taste of her favourite foods. An oddly touching little tale.

China continues to produce interesting Science Fiction. In ‘How The Stars Were Connected’ by Zhou Wen, there are thousands of stargates connecting to other planets where humans can begin a new life, albeit not an easy one. Xin Yang is an ordinary lady but, since joining the Starlink Bureau, she gets many invitations from old friends seeking favours. In this case, it’s Xiao Xi, an oddball she befriended at school who is now a doctor. He wants to go through a stargate to a new world but has been rejected because of his personality type which is A – creative/unstable. The Bureau wants Type B people – normal. Type C people are ‘stone-like’, petrified in their thinking, and also unsuitable. Xin Yang’s cunning plan to alter the records and swap her profiles for her friends means he can go to the stars but has unexpected consequences. Define ‘normal’ and you get all kinds of trouble. Terrific story.

For most folks, especially television fans, Science Fiction means space opera, that being the most popular variety. Happily, the written stuff, especially in the short form, continues to generate new ideas. Like previous issues, this latest offering from ‘Future Science Fiction Digest’ will give you plenty to ponder and is positively worth perusing. 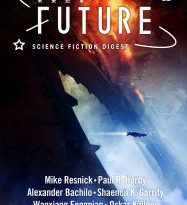 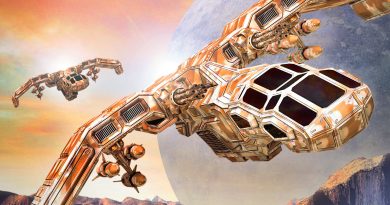 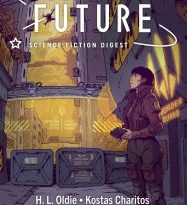