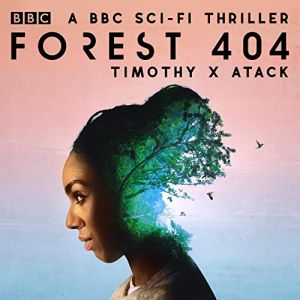 Pan lives in future times. She is in a world we would barely recognise. Her job is to review data files and delete the unnecessary. There’s a cost to keeping data and the world is burning up. We listen to her as she finds voices that no longer mean anything, that’s Obama who goes into the recycle bin. Those people who remember the tapes being wiped by the BBC in the 60s feel the pain. Pan points out in her monologue that data used to be stored on servers and no one was keeping score. Anyone who has any redundant email accounts that sit there somewhere in the cloud is culpable and some day this data will be binned.

When Pan (actress Pearl Mackie) discovers the sounds of a rainforest, she has no reference point. These sounds belong in the Slow World and pre-cataclysm over two hundred years ago. She decided to keep the files but is betrayed by her friend Daria (actress Tanya Moodie) who tells the state. Their answer to this is to excise her memory forcibly but it won’t be silenced and we follow Pan as she attempts to make sense of the residual dreams.

As she explores her known world and tries to work out what the sounds might mean, she learns more and about the Slow Times and why she is so moved by them. Why can she see trees in her dreams when there are none left in the world? When she meets Theia (Pippa Heywood), all becomes clear.

We discover with Pan and the alternate characters who each narrate their own version of the unfolding events. It’s done really well so we don’t anticipate too much and there is a suitable shock and readjustment as the episodes progress. The editing and interaction between the characters is superb and, as they say, ‘immersive’.

Alongside the very deep and moving drama is the accompanying hugely atmospheric soundscape can be accessed in its purity as separate files. There are also accompanying talks about the issues raised in each episode which add an extra dimension. As a bonus for the new release, there is a making of documentary in which writer Timothy X Atack and producer/director Becky Ripley both demonstrate what their motivation was in producing the project. Atack is better known as a composer but does have experience in writing for ‘Doctor Who’.

The final part of the documentary is by Alex Morley who discussed the sound experiment launched when the original podcast came out. The idea was to see how natural sounds affect our mental health. There’s just enough detail in the thirty minute documentary to add to the richness of the audio without it becoming overly detailed and technical.

I wasn’t sure where this was going when I first started listening and it turned out to be more complex than I first imagined with many layers opening out as it progressed. I found it better to listen to the drama as it unfolded as the interspersed sound files broke up the narrative too much. As an audio it has amazing power and needs to be listened to with no distractions but you can then return for the detail. It was entrancing and hopefully also thought provoking as we listen to the receding sounds of the rain forest and hope it’s not too late to save the planet. 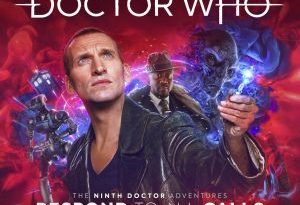