Fold yourself, for a moment, into the warm and loving arms of the internet, and it will tell you stories of Warren Ellis – whisper myths, many largely self-propagated, of his constant attendance by a gaggle of sleek and slinky nurses (proud members of his ‘Holy Slut Army’), or his insistent desire to be referred to as, not ‘Warren’ or ‘Mr. Ellis’, but ‘Love Swami’.

His work, spread ambitiously across comic books, novels, TV, movies and videogames, is often intensely scatological, lifting humanity’s rock and poking what crawls beneath gleefully with a stick. Ellis also seems deeply interested in the dissemination and dilution of the ‘underground’, the way our modern culture has appropriated transhumanist body-modders and sex fetishists of all shapes and sizes into the mainstream – dressing in rubber and liking the taste of your own sweat doesn’t make you kinky or edgy anymore, not when your photos are all over Google and Flickr. The truth is, Ellis is a futurist, one of those rare few – like Bruce Sterling and William Gibson before him – who recognise the way the world works, sees the way the cycles move and can predict their tight and intricate little circles.

I like to think of Ellis this way, fortressed and cold in the Southend-On-Sea pub where he often writes, divining tales from old beer mats and empty cans of red bull as, somewhere in the distance, those outbreaks of the future break against the seawall.

The future defines Ellis’ work, loaded as it is with speculations, both wild and uncomfortably probable, upon where we’ll end up, the beautiful and terrible fates we’ll inflict upon ourselves. But, as much as the Love Swami likes to build these better futures, so too does he revel childlike in their destruction. He shreds at imagined worlds and people with the teeth of a baited dog let off its leash, deconstructing the finer elements of science-fiction and then feverishly throwing the building blocks back together in newer, stranger ways.

Works like the renowned ‘Transmetropolitan’, or the troubled yet excellent ‘Planetary’, offer up, simply, some of the best adventures in speculative fiction one can have. They are bold, brassy and unapologetically throat-stamping wonders that will drag you down, treat you bad, and yet ultimately open your eyes to the backward glory of our little world.

Switchblade Honey (Ait/Planet Lar, 2003) isn’t so much Ellis’ love song to our Star Trekking future, more his drunken, obnoxious tit-squeezing caterwaul in some back alley pub – all pork scratchings, pale ale and fag breath. Its origins lie, so the story goes, in a hate-fuelled viewing of lame duck Trek spin-off ‘Voyager’. Comparing mutant-haired Captain Janeway, cloned from dusty vials of Katherine Hepburn’s spit, to the hunky and spunky grandeur of TNG’s Picard, Ellis was struck by the finger of god, a stroke of genius sparking across his brain.

‘They should get Ray Winstone to be Captain’.

Bathe in that one for a minute.

Honey is dirty, revelling in the manky habits that make being alive fun, a laugh in the spoddy face of what Ellis calls ‘the bland future presented by TV science-fiction’.

Honey starts two hundred years into our own shabby future, mid-way through a tense and decisive battle with unknowable space bastards the Chasta. John Ryder, Ellis’ Winstone surrogate and slick Captain of ‘The Inevitable’, is given the order to fire upon ‘The Excellent’, a floundering fellow ship. The resultant fiery explosion, says the stunted top brass, may well kill every crew member aboard, but will also destroy the Chasta ships and win the battle. Ryder, defiant and indignant, refuses to murder fellow sailors, instead ordering the inevitable to cripple another ship preparing to take the deadly shot.

Within Honey’s first few pages Ellis happily undermines Trek’s respectful histories, Ryder’s honourable rebellion akin, somewhat, to Picard scratching his balls and telling Starfleet Command to ‘fuck right off’ after asking him politely to send a probe down to the nearest planet of chummy goggle-eyed aliens.

For his insubordination, Ryder is forced to languish in a grotty naval prison on earth, and it’s there, bolshie and dying for a fag, the glorious nicotine pushing itself up out of his pores, that he meets Susan Nile.

Former First Officer of ‘The Decree’, Nile has been burdened with the nickname ‘switchblade’, because, in a moment of scary lucidity, she hacked off her rapist Captain’s cock and flushed the shrivelled and veiny mess into space. A mutual respect between the two, if not the honest-to-goodness flowering bud of friendship, is formed over a healthy dollop of ‘kicking people in’, Ryder and Nile teaching their respective jailers new things about the ways kneecaps can bend.

Moments later, and scraping guard bits off their knuckles, the two are visited by a high-ranking General with so many shiny medals you could easily, on a sunny day, see him glinting from space. The war against the Chasta, he says, is almost over. The human race is losing; a hair’s breadth away from becoming the eternal bootlicks of those savage alien scummos. A proposition is made; become guerrilla fighters. Take a state of the art covert ship, man it with your own crew, and strike at the Chasta from behind. Vietcong style. Sneaky and silent. Say yes, and earn you freedom. Decline and we scour this prison from the face of the earth. The building, you, and everyone else in it.

Cut to Ryder and Nile stood before their new ‘boat’, a sleek, dark and deadly little thing, their faces flush and rapt and childlike with the beauty of her. This is a ship that will make things dead. This is a ship that will cut off cocks and feed them to the vast and inky cold of space. Ryder, with an impish grin, names her after Nile, christens her with that same dangerous and imposing nickname – ‘Switchblade Honey’.

With a crew assembled hastily from the more honourable of the prison’s reprobates, Ellis’ elaborate joke at the expense of the limited horizons of TV sci-fi flees into space, headlong into a prolonged forty page running battle with the Chasta. Ellis was arguably the first to bring widescreen movie calamity to comics, with mental fight book ‘The Authority’ – huge super-powered tumbles wrought out, blow for blow, over pages and pages of broken bones and dried blood, the ultimate slo-mo action hard-on for boys and girls of all ages – and does the same here with Honey’s violent sorties in space, the black bleeding out beyond the panel borders and into grand starry vistas, that slender ship pushing through them with penetrative vigour.

That trademark dark-gully-of-humanity humour that pervades in the Love Swami’s work is present here too, with the Chasta, ignorant to much of our long-pig charm, pumping ill-researched propaganda onto switchblade’s bridge – ‘while you are out here fighting in vain, your children are being abused by famous earth actors like Bart Simpson’.

A quasi-Ray Winstone wreathed in wisps of fag smoke, as horrible space scum swear our spoddy earth kids are being fucked by Day-Glo yellow cartoon characters. This is why this comic is worth your time.

While Honey stutters narratively on occasion – it’s over far too quickly, earth’s plight resolved, ultimately, with little pomp or circumstance – it’s the great ideas that push it forward. from using, in one feverishly brilliant moment, the barren husk of Ryder’s old ship, ‘The Inevitable’, now a brittle and burnt oven chip of a thing, as a massive battering ram, to the startlingly realistic argument the crew find themselves having mid-way through, as hope of victory seemingly turns quick circles down the toilet.

Why not just run?

With the war all but lost, why not just leave humanity to her bow-legged, space-raped fate and eke out a simple existence as the last humans alive?

It’s an interesting question, and one born of Nile’s cool-headed rationality more than any secret and shameful cowardice. Why throw, needlessly, more bodies onto the fire? What good, in the face of a species’ extinction, is nobility and theatrical sacrifice?

Ryder’s retort is itself simple and compelling; he joined the Navy (and here, in this imagined future, the Navy sail upon the endless seas of space) to explore, to say ‘we don’t know what’s over there, let’s go that way’. And exploration, he says, is pointless if there’s no human race left to revel in their discoveries. It’s the romantic ideal of man and sea, probing the dark parts of our world with a bright and hopeful light. It may be rhetoric, but it’s moving and honest enough to push the doubtful crew back into the game, rushing on towards the welcoming arms of a hectic conclusion.

Ellis has a clear and demonstrable love of space, and the gallant exploration of its limitless boundaries. Were it not for his childlike fascination with the ways being bold and setting foot on undiscovered planets can make us better people, then Honey would be in real danger of being nothing more than the bawdy joke its author claims it to be. Ultimately, it may be ribald and cheeky, sticking two fingers up to the stuffy establishment and swearing in a stumbling attempt to be cool, but it’s also, come the end, more than that, something approaching noble.

Honey’s final scene combines these disparate elements wonderfully – with an unlikely victory over the Chasta behind them, and nothing but the endless possibilities of space and freedom ahead, John Ryder eases old bones into the Captain’s chair and, with a warm smile, issues a command . . . 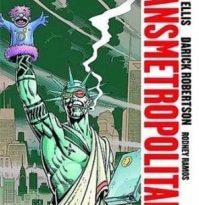 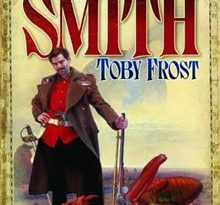 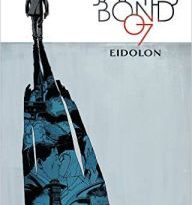 One thought on “Outbreaks of the Future: The science-fiction comics of Warren Ellis.”