Well, everybody’s favorite Marvel Comics metal-head is back in the fold while combining action, aerodynamics and angst in the explosive yet slightly uneven ‘Iron Man 3′. Most ardent fans of the comicbook capitalist super-hero will appreciate the further antics of the high-flying and adventurous billionaire Tony Stark and his conflicted heroic alter ego. ‘Iron Man 3′ will predictably generate the box office enthusiasm and follow in the footsteps of the other contemporary superhero trilogies (i.e. ‘Spider-Man’, ‘Superman’, ‘Batman’, etc.) that marched on to their continued chronicles of crime-fighting under the umbrella of blockbuster bliss.

There is an interesting contrast in the ‘Iron Man’ movie series that is quite noticeable. Director-actor Jon Favreau delivered the previous installments that catered to the traditional universe of Marvel’s treatment for the celebrated, soul-searching industrialist. However, writer-director Shane Black (who directed ‘Iron Man’ leading man Robert Downey, Jr. in ‘Kiss Kiss Bang Bang’ years ago) decides to channel his ‘Iron Man’ exploits in the buddy action-packed mode that caters to his style of actioners he has scribed for in the past (for example, 1987’s excitable and off-the-wall ‘Lethal Weapon’).

The perception behind ‘Iron Man 3′ begs for the immediate comparison to its predecessors. The first film was audacious and well-packed while the follow-up in 2010’s ‘Iron Man 2′ was less than stellar in terms of its execution. Basically, ‘Iron Man 3′ falls in the middle. On one hand, it has the welcomed familiar flair of hubris—splashy explosions, eye-popping 3-D special effects, snappy dialogue and the charismatic flippancy of movie lead Downey. On the other hand, ‘Iron Man 3′ is blindly following the omnipresent trend of by-the-numbers, larger-than-life super-powered problematic protagonists trapped in self-doubt within the confines of manufactured mayhem.

For the most part, ‘Iron Man 3′ is effectively realised courtesy of the eccentric glibness of Downey’s colourful turn as the confrontational planet-saving, chrome-plated cad. Black pushes the right frenetic buttons and spices up the formula that percolates this cagey comic book caper. There is enough sizzle to uplift the saucy ‘Iron Man 3’ for the summertime sensibilities in 2013.

As the ultra-cool, yet neurotic wealthy inventor-turned-super-hero extraordinaire, Tony Stark/Iron Man has a lot of psychological heavy baggage on his mind. Still licking his weary wounds from helping to save the world from the dreaded threats of bombs and aliens in last year’s ‘The Avengers’, Stark now looms in uncertainty. He is under tremendous pressure as his affectionate bond with galpal Pepper Potts (Gwyneth Paltrow) is rocky at best. The workaholic Stark is preoccupied as he surrounds himself around an assembled team of Iron Man robots ready to perform upon his command. A trusty computerised sidekick Jarvis (voiced by Paul Bettany) figures into Stark’s companionship plans.

The hits keep on coming for Stark as both his past and present-day obstacles insist on haunting him at will. For his yesteryear conflicts, New Year’s Eve 1999 will find Stark dealing with a couple of precarious personalities that will re-enter his life later on in his current existence. First, there is a brief intimate hook up with a pretty botanist Maya (Rebecca Hall) whose DNA research with plants will prove to be toxic. Secondly, Stark meets and shows indifference to spastic scientist Aldrich Killian (Guy Pearce) who has his own ambitious DNA-oriented agenda with living organisms that are deemed radical.

The government taps Stark/Iron Man on the shoulders when his assistance is needed to combat the latest treacherous scoundrel in the villainous Mandarin (Ben Kingsley). He is an actual Iron Man comicbook villain and a diehard America-hating bad guy who promises that his heinous terrorist attacks will be prominently fierce and furious. The Mandarin’s psychotic urge to assault America with violent bombings takes on a personal toll when Stark’s Malibu home and treasured belongings are destroyed. Additionally, Stark’s security chief, Happy Hogan (Jon Favreau), flirts with death in the random blasts perpetrated by The Mandarin’s henchmen.

‘Iron Man 3’ distributes a decent amount of contemplation, chaos and carefree action-oriented sequences to energise the audiences with its rollicking rhythms. The genuine metal part that shines on ‘Iron Man 3′ is its centerpiece in the flippant tongue of Downey’s Tony Stark that balances his brooding demeanor with bouncy quips and quick-footed swagger. The wisecracks register with sharpness while adding entertaining padding to the mind-bending action and on-going tension. Black skillfully uses his greatest tool — Downey — to fuel ‘Iron Man 3’s escapist wit. Sure, the tongue-and-cheek flourishes can be overwrought at times but Black pushes the movie with relished frivolity.

The script is keenly generous to the supporting players along for the raucous ride. From Stark’s main squeeze Pepper Potts to Colonel James Rhodes (Don Cheadle), the various characters are instrumental in taking part of the festivities and even get to don the Iron Man attire in the cause for the better good. Kingsley’s Mandarin is inspired in madness as a detestable Osama bin Laden knock-off to be hissed at for his animated carnage. In a moment of poignancy, a Tennessee-based tyke named Harley (Ty Simpkins) befriends, shelters and doctors the worn-and-torn Iron Man during his lengthy adversity.

The technology talk is tossed about here and there and the big scale explosions are left to the empty imagination. Some rust may be found in this third outing of ‘Iron Man 3’s boisterous presentation but it still carries a delightful charge in the metal man’s resilient armor. 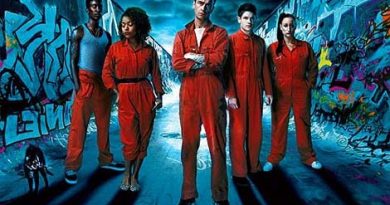 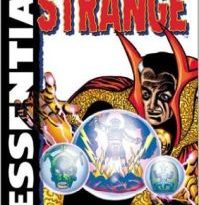 2 thoughts on “Iron Man 3 (a film review by Frank Ochieng).”