It might sound like the plot of SF movie Iron Sky, actually, it is the plot of Iron Sky, but there is one mad-sounding UFO theory that refuses to go away… that UFOs originated in Germany during World War II.

And if you believe that, you might also believe the Germans built a secret UFO base in Antarctica, and that one of these UFOs crashed in Kecksburg, Pennsylvania in 1965.

Nick Pope and Steven Greenstreet examine the documented evidence, witness testimony, and scientific analysis in order to separate fact from fiction, in this thirty-minute-long UFO documentary. 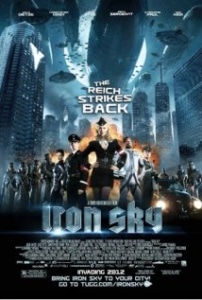