Oddly, considering how close, relatively speaking, Mars is to Earth, the proportion of speculation as to what was there to actually going to have a look has, until recent times, has been massively against. For the long titled ‘NASA Mars Rover 1997-2013 (Sojourner, Spirit, Opportunity And Curiosity) Owners’ Workshop Manual’, author David Baker briefly examines the myths before getting into reality of taking a serious look at the red planet. Having life on Mars was propagated  by Giovanni Schiaparelli back in 1878, believing that the lines he saw in his telescope were too regular and therefore canals and thus life up there. It’s hardly surprising that early SF writers saw this as fodder for stories or that people accepted the logic of the idea. The reality totally contradicts it. A thin atmosphere of mainly carbon dioxide, the real ponderance was whether there was any water there because without it, any manned flight would have to carry its own supplies. A manned trip to Mars is still a long way off but far more likely than ever going to hellstorm of Venus. It wasn’t until 1964 when the Mariner spacecraft was sent to fly over Mars to take photographs that the many myths were finally put to rest. A few years back, I suspect most of you reading here would have had glazed eyes when seeing figures discussing digital resolution. With digital cameras, there is a lot more familiarity with what it means. Although the Mariners didn’t have digital cameras, the means to process the information to send the signals digitally back to Earth was. Looking at the figures, I suspect that the camera in your mobile phone can carry more information than what was first sent back with each picture taking over eight hours to radio back. Without the Deep Space Network dishes on Earth, the information would not have been received.

The success of these missions might have seen as the means for further exploration but President Kennedy switched attention to the Moon and attention to Mars was reduced. It wasn’t until 1993, with the Pathfinder programme that things started to move again.

I like coming along odd connections. Mark Adler was not only manager of the Cassini-Huygens missions to Saturn and involved with the Mars missions but also creator of the PNG picture format that you often come across on the Net. It’s a nice reminder of things that are linked into spacetech.

I raised the problem of finance when I read the ‘Lunar Rover: 1971-1972 (Apollo 15-17; LRV1-3 & 1G Trainer) Owners’ Workshop Manual’ but seeing how limited the budget was for the Spirit and Opportunity Mars was, it was amazing how successful they were. There’s good arguments that with a tight budget, imaginative solutions has to come to the fore but considering how much had been spent on other space projects it does make you wonder why this isn’t applied elsewhere. In many respects, it made sense to send two craft at the same time. The window for shorter voyage times to Mars happen about every three years so these opportunities have to be used or wasted and a failure, as with the European Beagle 2 crashing can set work back several years.

Something I wasn’t aware of was that some metal from the Twin Towers was incorporated into both rovers and the seven crew members of the downed Columbia space shuttle are immortalised as hills on Mars.

Oddly, the next vehicle to be sent there, the Mars Science Laboratory aka Curiosity was a single flight but its payload was many times bigger. There’s a photograph in this book showing all the rovers together and the early three look like toys in comparison. Now that NASA knew that they could get crafts to land with near pin-point accuracy, they needed to study the ground in much more detail. This book goes into precise detail in what was installed and photographs frequently have them posed next to a Swiss army knife for scale. I hope the Jet Propulsion Laboratory have the knife in a display cabinet because it becomes somewhat of a celebrity here. When you think of the sleekness of vehicles used in space Science Fiction, the reality of skeletal and somewhat, shall we say, uglified rovers hardly lives up to fictional expectations. With weight considerations and such to fret over, these rovers have to cut as much weight as possible. Something I do wonder over is why can’t things like parachutes and heat shields be re-used for other purposes but noting how much they are tossed away at a distance so they don’t damage the rover, perhaps that’s understandable. Having recently read that the craters caused by them have revealed undersoil evidence, maybe that will be explored with further missions.

Curiosity also doesn’t depend on solar panels for energy but an internal nuclear fuel source. Considering that they expect this rover to work for over a year, this is understandable as the technology has to survive the very cold Martian nights. The sample analysis still seems to rely too much on pulverising rock samples to dust before being examined. From the specs, its designed to look for the chemical signatures of only seventeen elements although can be calibrated for others should they arise, presumably when they find something that doesn’t. About the only one they don’t purposefully look for is carbon. Not that I would say it would indicate life from long ago, but I would have thought its presence would indicate something about the meteorites that have crashed there let alone a potential fuel source.

What will make this book an ensured buy is the number of photographs taken by the rovers of Mars. It might look like a lot of rocks to some but to know it is from somewhere not of this Earth will make you think. I think one of the more startling photos shown is that of some Mars ground cleared of dust and shown to be a pale green.

As you can tell from the size of this review, I’ve found this to be a very interesting book. I suspect a lot of the technical details will go over the heads of those without scientific backgrounds and even with those who do because it deals a lot with technology than pure science. However, you will come away from this book better informed with the money spent to fulfil a study of the red planet in your lifetime. It’ll be interesting to see where the next rover, designed to bore holes into the Martian sub-soil will take us next. Don’t miss it. 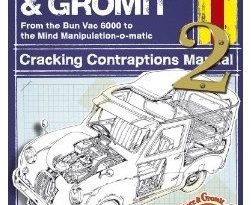 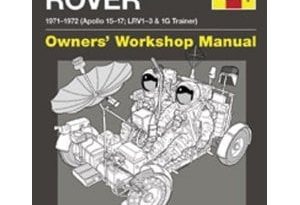 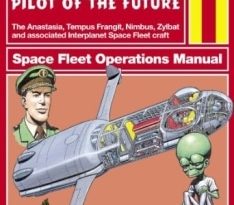