When reading science fiction, it’s typical to come across interstellar civilizations that are home to hundreds of happily coexisting alien species.

But are such civilisations likely to exist, or are we more likely to witness conquering and xenocidal events instead?

Welcome to the galaxy of science fiction! It’s a place where we can explore the boundless reaches of outer space, encounter countless alien species, and even imagine they all live in harmonious societies. But as we delve deeper into the reality of the universe, we must ask ourselves: Is this utopia of coexisting alien species actually plausible?

First, let’s consider the odds of even finding other intelligent life in the vast expanse of the universe. The Drake Equation, which is used to estimate the number of extraterrestrial civilizations that might exist in our galaxy, suggests that the odds are slim to none. But let’s say, for the sake of argument, that we find other intelligent life. The question then becomes: Will they be friendly?

History has shown us that when two civilizations with differing ideologies and technologies come into contact, one of them dominates the other. The Aztecs and the Incas, for example, were no match for the technologically superior Spanish conquistadors. It’s easy to imagine that a highly advanced alien civilization might have a similar attitude towards us Earthlings.

But let’s say, against all odds, that we find friendly alien species. Will they all get along? Evolutionary biology suggests that competition for resources is a driving force behind the development of intelligent life. It’s not hard to imagine that different alien species, even if they are friendly to us, might still be at odds with each other over resources.

But let’s not lose hope entirely. It’s possible that an interstellar civilization made up of diverse alien species exists somewhere in the galaxy, where they have overcome their biological and social differences and achieve a utopia of coexistence. But as of now, it’s difficult to say for sure.

So, as we read science fiction stories about harmonious alien societies, we must remember to keep in mind that the reality of the universe might be vastly different. For now, we can only hope that any extraterrestrial civilizations we come into contact with are friendly, and that we all can work together for the greater good of the galaxy. But as always, if aliens do land on earth, let’s hope they are not in the mood for a “Galactic Take Over.” 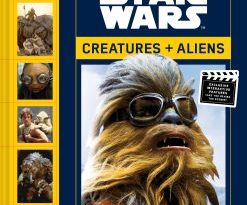 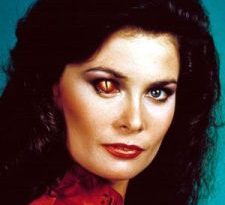 Aliens In Isolation: an article by: GF Willmetts (article).

Avi Loeb, Harvard Professor of Astrophysics, on why the Oumuamua visitor was an alien light-sail craft (video).