You might not know the name Matt Baker. After all, he died in 1959, but you might have seen his art around occasionally and I did a check on Google and there’s a lot there for you to see.

In his short career, heart problems from rheumatic fever when young finally killed him at the age of 38, but before then he became recognised for drawing leggy women. One only has to see the two opening ‘Phantom Lady’ stories at the beginning of this book, ‘Matt Baker: The Art Of Glamour’, to show that Baker is also used as the prime example of what is termed these days as ‘good girl art’. Looking at the art in this book, Baker could draw well and fast and quickly found his niche in the comicbooks at the time. In one of the interviews here, he was timing himself to complete a panel in 7 minutes, although I hope it was longer than that on the splash page. Back in the 40s-50s, if you wanted to be paid as a comicbook artist then you had to be prolific. You’ve seen examples of this from the likes of Jack Kirby and other artists from that era. Baker first worked for Jerry Iger and Will Esiner’s studio and stayed there after the latter left. Even more remarkable, he was also one of the first black comicbook artists. When it comes to talent, you only see the work, not the man behind it and I guess that is what the companies he worked for saw. Discussions with the various people Baker worked with drew a blank as they all admired his artwork and the fact that he could draw beautiful women. Later in the book, it appears that the only other black comicbook artist at the time was Cal Massy and he arrived later in Baker’s career.

In other reviews, I’ve pointed out how comicbook artists revered Andrew Loomis’ artbooks and there are several references to ‘Figure Drawing For All It’s Worth’ indicating it was a professional favourite even back in the 1940s.

There are lots of samples of Baker’s work in this book, including four full comicbook stories from the period. Looking at the work with a modern eye, if I had to be critical than a lot of the time, there was far too many linear or straight on scenes and occasionally characters’ chins too close to the bottom panel line, but that was typical of the time. What was interesting was the occasional character overlap outside of the panel and other panel shapes. I can’t recall any off-hand who did circular panels, although no doubt I shall see more as I explore other books from this period.

I should point out that the interviews with other of Baker’s associates paints an interesting picture of the time period. Comicbook work was a factory process from penciller to inker and letterer and the bane in the side was principally Charlton Comics and Vinnie Colletta, as both came up a lot of times. It was also interesting seeing how Baker’s early strips were revamped a little in reprint.

Amongst the things I discovered that Eisner wasn’t the first to draw a graphic novel. Back in 1950, Baker drew a 128 page digest-size book called ‘It Rhymes With Lust’ with a reprint by Dark Horse and is still out there today. This was inked by his frequent collaborator Ray Osrin and debuted the writing talents of Les Waller and the debut of writer Arnold Drake, a name that should be familiar to 1960s DC and Marvel Comics fans.

A lot of this book edited by Jim Amash and Eric Nolen-Weathington is material that they have acquired by interviews over a long period as they built up the picture of how things were at the time. With so many of these people now departed, this book becomes a neat piece of research of what it was like back then.

Looking at Matt Baker’s work, we see not only his finished work but also in other formats as well. Later in his career, Baker went on to become an illustrator and his formative years as a cover illustrator must no doubt have contributed.

If you have a yen to see work from this period, then look no further than this book about Matt Baker. Had he not died so young, he would certainly have been up in the lights with the other comicbook artists who rose to fame in the 60s. 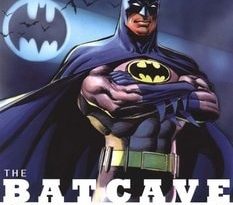 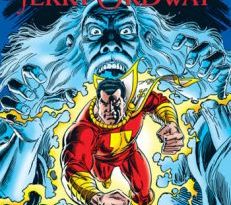 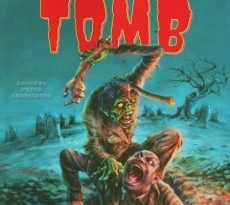