When his beloved wife Alice is brutally murdered, Langdon St. Ives sinks into despair. The only thing keeping him going is the desire for revenge against her murderer, his nemesis, Dr. Ignacio Narbondo. Yet, even when revenge seems to be within his grasp, Narbondo haunts St. Ives. The fate of the world may rest with St. Ives but. in his tormented state, will he be able to save it or is the end of civilisation upon us? ‘Lord Kelvin’s Machine’ is the third of James P. Blaylock’s ‘Langdon St. Ives’ books to be published by Titan Books in 2013, twenty-one years after its original release in 1992. Featuring the recurring scientist hero St. Ives and the villainous hunchback Narbondo, the characters and the book’s pseudo-Victorian setting will be familiar to many of Blaylock’s regular readers and it is probably to them that this book will appeal. If you are a first time reader of the ‘Langdon St. Ives’ series, I’d suggest that you start with an earlier books in the series, Homunculus’ and ‘The Aylesford Skull’, because there is a lot of assumed knowledge in ‘Lord Kelvin’s Machine’.

I find it difficult to know where to begin with this book. There are five or six different plots going on through this book and they don’t really link up to form a coherent single plot. The one common theme is the increasing mania of St. Ives as he tries to get over the death of his wife and I suppose that the chaotic plotlines could be excused as a reflection of that deteriorating mental state. However, that isn’t how it comes across. It skips from frantic adventure to sleep-deprived mania and never really gels into one coherent story. We follow St. Ives trying to prevent the destruction of the Earth by shifting it out of the path of an oncoming meteor, solving the mystery of ships sinking in the English Channel and trying to figure out how to use Lord Kelvin’s mysterious machine to somehow save Alice.

The machine’s true purpose is hinted at throughout the book and I don’t think it will come as any surprise when the final section is reached and that is revealed. In fact, it’s mentioned in the blurb on the back cover, which is a shame as it isn’t made clear until quite late on in the book and it could have added a little suspense to the plot.

The characters are also rather shallow and if you haven’t already read books featuring these men then I think you’ll really struggle to understand who they are and how they relate to each other. I have read the two other books and I still found it difficult to follow! We don’t really see a lot of personality and much of the back story is left out. The small amount that is included is dealt with extremely rapidly in the prologue and then just lurks in the background like a question nobody is brave enough to ask.

I also have to mention the cover. I think the choice of image is really poor with a corseted, sultry looking woman in chains featuring prominently. This doesn’t relate to the story and makes it look like a cheap piece of erotica instead of a steampunk adventure. Despite being familiar with Blaylock as an author and being a fan of steampunk, this cover would have made me leave the book on the shelf.

I was really disappointed in ‘Lord Kelvin’s Machine’ because I enjoyed the two other Langdon St. Ives tales that I read and was looking forward to another exciting steampunk adventure. However, this one just went too far into the realms of the absurd. The plot felt hurried, the characters were only shadows and it got to the point where I was just glad the end wasn’t too far off. Sorry, Mr Blaylock, I think you missed the mark with this one. 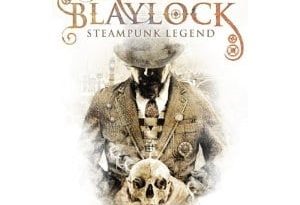 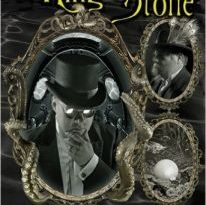 The Adventures Of The Ring Of Stones by James P. Blaylock (book review). 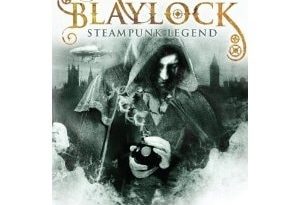