The Academy Film Awards nominations are here, with Warner receiving 11 nominations for their rather dark Joker film. We reached out to a few of the people involved for what they think of this large vote of confidence ahead of the awards.

The director Todd Phillips told SFcrowsnest, “Wow. What an incredible honour for the significant recognition Joker received from BAFTA across the board. Recently, when Joaquin and I were in the UK, the love we felt for Joker was palpable and I just want to thank my British colleagues for connecting with the film on a cellular level. A sincere well done to my wonderful cast and crew who worked tirelessly to bring this film to the big screen. I also want to congratulate my fellow nominees, it is an honour (I’m going with honour!) to be in their company.”

Producer Bradley Cooper added, “So proud to be part of a film where all of the departments gave everything of themselves. And for BAFTA to acknowledge all of their stellar work! I couldn’t be more thrilled for my friend and partner Todd Phillips who worked tirelessly on this incredible film and for the pulsating brilliance of Joaquin’s performance right along with the rest of the cast. It’s a true honour to be a part of Joker.”

Hildur Guðnadóttir, who wrote the film’s score, said, “Thank you so very much to BAFTA for this beautiful nomination. I’m touched by your support and your recognition for my music for Joker. I would also like to congratulate Todd, Joaquin and all the other nominees for Joker. Working on this film has been such an extraordinary experience. Thank you, thank you, thank you!” 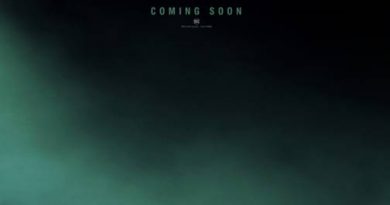