In the third volume in the ‘Imager Portfolio’, our hero, Rhennthyl, is involved in everything from street level drug crime to international warfare. In the slums of L’Excelsis, Rhenn’s home city, there is a new form of elveweed hitting the streets, so strong it kills the user. As a captain in the Civic Patrol, he has to stop or at least try to stop it. Alas, as in our world, tackling the drug trade is no easy matter.

International affairs are also getting complicated for Solidar, Rhenn’s country. The Ferrans are about to invade and conquer the Jarriolans and gain control of their coal fields. The Ferrans want to conquer the world and make it all a part of their mercantilist empire based on trade and business. The Ferrans believe in ruthless commercial competition, while the society of Solidar is hampered in this by guilds, artisans, factors and High Holders, who like to do things as they always have. This cosy attitude means that the enemy is now building battleships that are far superior to those of Solidar. The efforts of some factors to change matters and build better ships causes more trouble in L’Excelsis for Rhenn. There is much treachery and double-dealing as the ruling council is split on the issue. Most, unfortunately, don’t favour modern ships as they will cost more and that will mean raising taxes. No citizen likes to pay more taxes, especially the rich. This is a theme of the ‘Imager Portfolio’ and an issue frequently thought about by Rhenn: most people want things but are not prepared to pay the necessary price.

As usual with Modesitt, there is plenty to think about. His realistic fantasies are used, I think, to consider real world issues of economics, politics and society. At one point, a High Holder mentions to Rhenn that he lost a few thousand golds in some venture and shrugs it off. Rhenn is a high-ranking Imager and gets paid about three golds a month. He is taken aback by the inequality. Such un-American attitudes or the ‘Politics Of Envy’ as our British Tories call it, might have landed the author in trouble a few decades ago. On the whole, mind you, he evinces the traditional values of hard work, discipline, law-abiding citizenship and very tasty apple pie. High taxes spent on defence is the right policy when a nation is threatened, even though this gives rise to profiteering by the arms manufacturers, an issue which, to be fair, is raised.

Rhenn’s covert operations are pretty ruthless at times and kind of bring to mind black ops by an intelligence agency of the central kind. The bad guys are evil and deserve what they get as far as he’s concerned. There’s no soppy liberal stuff about giving them a fair trial. As they frequently try to assassinate him, this is perhaps understandable but some people might prefer a more scrupulous ‘hero’.

A good read overall. I enjoyed the start and, for the last third of the book, I almost couldn’t put it down, keen to see how the various conspiracies worked out. Modesitt does the suspense thing very well at times. There was a dull patch in the middle where I lost interest a bit and found it quite easy to put down. A casual reader might. One advantage of being an honest reviewer is that you have to press on and finish the tome at hand and in this case, it was well worth it. I advise the casual reader to persist. To be fair it’s a long book and in any extended work there are bound to be slow bits.

Modesitt is a very political writer and my politics don’t match his, so I can’t give him my unconditional approval. I can say that he has interesting ideas and writes readable and entertaining novels, including this one. Recommended, as usual. 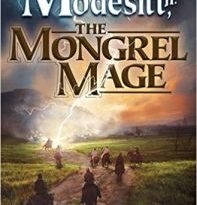 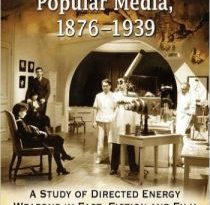