Although the author of this particular television column has been known over the years as primarily an online movie reviewer willing to unleash his acidic cinematic sentiments as sure as the sun rises in the sky he has also been known to dabble in that fine art of inconsequential tidbits that challenges the untapped knowledge in media mindlessness. In other words, I am essentially a TV trivia fanatic!

Who hasn’t wondered about the most arcane facts regarding their favorite fantasy and/or science fiction television show at one point? The stigma for knowing unimportant material about your choice of entertainment can be either quite empowering or embarrassing depending on your thought process. Still, do not rule out the possibility of this awkward brilliance that separates you from the common Average Joe or Joanna that watches a television program and not is invested enough to care for the aimless yet precise details of the showcase they claim to crave with uncertainty.

From classic and established sci-fi/fantasy fare such as Dr. Who and Star Trek to contemporary ditties that include Heroes and Grimm, die hard trivia enthusiasts will always pay a special homage to the pop cultural programming that has triggered a compartment of memorization stored away in a sealed psyche of useless information.

Now folks…are you ready to be subjected to my brand of trivial TV calisthenics? Do you feel that the following questions will feed your need for superiority about knowing or guessing correctly the obscure inquiries about your preferred viewing habits? Let’s see how we can test your resiliency, shall we?

Below are fifteen sci-fi/fantasy-related TV questions begging for your trivial response so answer as skillfully as you can, okay? The degree of the television questions may vary; perhaps these questions are simplistic or frustratingly mind-boggling? Whatever the case, demonstrate that you have nostalgic spirit to recall the vagueness of things about these pop cultural showcases.

NOTE: The answers will appear at the tail end of this written column so DO NOT look below if you are serious about wanting to answer these trivia questions honestly. We know…the temptation persists but try anyway to play by the rules, people.

1.)  Who is the humanoid alien famous for uttering the catchphrase “Na-noo Na-noo”?

2.)  On the 1960’s space adventure Lost in Space, what role did performer Dick Tufeld play on the series? Be specific.

3.)  What American state is Dr. Sam Beckett from in the 1980’s sci-fi series Quantum Leap?

4.)  On the 1960’s ABC-TV action adventure comic book series Batman who was the actress that played the villainess known as The Siren?

5.)  On the 1990’s sci-fi action adventure Sliders what was the singing group that Rembrandt Brown belonged to before accidentally joining his fellow wormhole travelers?

b.)  The Top Spinners

7.)  On American television in the turbulent 1960’s Star Trek featured this first happening ever to occur that got the southern states in an uproar. What was the incident in question?

9.)  What was the name of the short-lived sci-fi comedy spoof from the late 70’s that took place on a Sanitation Patrol Cruiser in the year 2222?

12.)              This show’s opening included the following words: “…a man barely alive. Gentlemen, we can rebuild him…we have the technology. Better than he was before. Better. Stronger. Faster.”

13.)              This American 70’s children’s show involved a couple of clueless NASA maintenance workers that accidentally hit a launch button (thinking it was a “lunch” button) that hurled them into outer space for nutty high jinx. Name the show.

Q2.: Tufeld was the voice of the Robot on “Lost In Space”

Q14.: Detective Yoyonivich was an android cop from the sitcom “Holmes and YoYo” 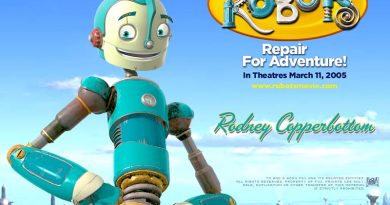 Beyond the junior-sized Jupiter: A nostalgic Sci-Fi sampling for kids from yesteryear.

Beyond the junior-sized Jupiter: A nostalgic Sci-Fi sampling for kids from yesteryear.