A Special Report from Our Man Lurking in the Film Biz.

Yesterday saw the 2012 launch of the London-based Raindance Film Festival, one of the many smaller scale movie festivals around the world that allow new talents to emerge.  It’s Cannes without the bullshit or, indeed, the sunshine (hence the deliciously ironic name.)

The launch event took place amidst coffee and croissants in Apartment 58, a room in Poland Street which is cunningly disguised as an apartment but in fact is one of the capital’s media clubs, up there with Soho House and Groucho’s.  As a science fiction writer who has a secret identity as a screenwriter with a wee little  film company  I immediately felt right at home; sat in a room with a bunch of people desperately trying to sell their movies.  No eye contact was made.  Blackberries were pummelled.  Daydreams of success and fame and lives lived with all the shallow unreality of The Truman Show circled in the air.

Elliot Grove is the  ebullient Canadian who set up Raindance 20 years ago, despite severe disapproval from a movie star called Robert Redford who thought those pesky Londoners were ripping off his title (the Sundance Film Festival, named after Redford’s iconic Sundance Kid, is probably THE most prestigious festival for smaller quirky ‘indie’  type movies.)  Grove apparently was raised in an Amish community and didn’t see a film at all in his formative years; now he masterminds a festival that shows films from the UK, US,  South America and all across Europe.  This year’s line up includes  a Latin American Strand, an American Indie Strand, and a special spotlight on films from Quebec.

There are  many films to be seen this year; too many, really,  no one could see them all.  But there will be gems here without a doubt. If you’ve made a movie, however low the budget, Raindance is a great place to showcase your work; and if you want to be in touch with the new generation of film-makers, here they are.  Among the films receiving their UK or World premieres are City Slacker, starring Tom Conti, String Caesar, a  high concept time travel movie starring Derek Jacobi, and Dark Hearts, whose producer Jack Bowyer was sitting next to me at the launch, and is a terrific guy with big plans.

Other highlights include a retrospective of  Trent Harris, best known for his SF hommage Plan 10 from Outer Space, which we may assume goes one step further than the Ed Woods classic shlocker.

As well as the festival, Raindance also run a series of training masterclasses.  I’ve been to one of these – a 2 day workshop on directing, in the days when I was working in TV.  It was a superbly well run workshop and a real eye-opener about how staggeringly dull directing really is; you shoot the scene from over here, then you shoot the exact same scene from OVER THERE.  I went with a writer-producer friend; we were both tragically afflicted with hangovers that caused our tummies to rumble like elephants upon the savannah, but let’s pass tactfully over that. And, despite the high quality of the teaching,  we both came out  vowing NEVER to direct.  But it was still a helluva good workshop, and I’d guess that a number of the film-makers screening at the festivals have done Raindance courses on directing or writing or cinematography.

Phil is the author of five SF novels including Debatable Space, Hell Ship and Version 43, and his feature film Inferno starring  John Hurt and Alice Eve is slated to go into production in Spring 2013.  (Which doesn’t mean it WILL, but hey, it’s in there with a chance.)  His website is Debatable Spaces. 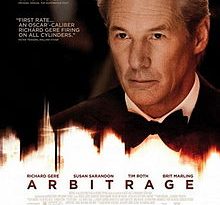