The thought of churning out another ‘daddy-and-daughter-in-danger’ spy flick seemed somewhat bewildering considering the exhaustive overdose of the Liam Neeson ‘Taken’ films still fresh in the consciousness of moviegoers’ action-packed psyches. Well, ‘Erased’ looks to capitalise on the repetitive Neeson cat-and-mouse narratives as yet another recycled knockoff filling the void until another ‘Taken’ film makes another feeble round at upsetting the safety of a previously governmental connected daddy and his jeopardised little girl. From the aforementioned moody ‘Taken’ films to kinetic and colorful blockbusters such as ‘True Lies’, the daughter-in-distress dramas are starting to take a tiresome toll.

In some regards ‘Erased’ is a serviceable operative caper due to the stoic convictions of Aaron Eckhart as the fast and furious father with an axe to grind when sinister forces dare to mess with his impressionable offspring. Much like Neeson’s proactive papa engaged in warfare for the welfare of his baby girl, Eckhart demonstrates a knack for that same middle-aged machismo blueprint amid the shady shenanigans of roguish counter-intelligence. Still, ‘Erased’ feels relentlessly long in the tooth and adds nothing new, probing or stimulating to the European-based playground in which these father/daughter throwaway thrillers try to make their hyperactive, hedonistic mark.

Director Philipp Stolzl, a former mastermind behind the music video scene, tries desperately to dazzle the audience with scenic locales by bouncing from one exotic location to another as the synthetic action intensifies. Sadly, this is all quite breezy and staged as ‘Erased’ cannot get away from its own ineptitude in espionage-induced clichés, robotic disillusionment, run-of-the-mill action sequences and cotton ball-made cloak and dagger anxiousness. Indeed, the rugged Eckhart undoubtedly will be dismissed as a poor man’s Neeson courtesy of parading around in a copycat caper that has all the edginess and sentiment of a belated Father’s Day greeting card. The aptly titled ‘Erased’ is appropriate as there is nothing but transparent tension in this disposable revenge-seeking romp.

Eckhart plays Ben Logan, an ex-CIA agent now stationed in Belgium with his estranged teen daughter, Amy (Liana Liberato). Currently, Logan works as a security consultant for some corporate outfit. With his federal service behind him, Logan looks to settle down in this civilian job that has giving him some sense of stability. However, the duplicitous dealings are threatening when Logan learns that he and his kid are targeted for eradication due to some vague references involving international conspiracies of a serious magnitude. Mysteriously, traces of Logan’s company and its secretive records and files have been ‘erased’ and nowhere to be found.

This sets the stage for Logan and his charge Amy to duck and dodge the baddies that are looking to cut off their air supply…permanently. Along for the roller coaster ride is Amy’s soon-to-be boytoy (Yassine Fadel), whose knowledge of the region is obviously useful to the desperate and fleeing daddy and daughter combo. Between the chasing, hunting and hiding, a bratty Amy finds the time to bombard her father with resentment regarding his suspicious past coming to haunt them in their jeopardised present-day dilemma. Amy whines about how her daddy Ben can have such a tainted training for destruction and other diabolical tendencies now being utilised to protect their endangered rear ends and so the Logans continue their strained relationship as they gallivant from Belgium to Brussels as they hold onto their dear lives.

As one can imagine the villainous element after Logan and his disillusioned offspring are a relentless bunch as they do not mind gunning down innocent bystanders just to get a deadly shot at the American moving target and his chatty child. ‘Erased’ covers its bases by throwing in sub-plots revolving around arms smuggling and very nasty Belgian Middle Easterners looking for some payback. And yes…the ugliness behind the criminal activities, assassination attempts and nefarious immigrants are designed to allow the harried Ben Logan to kick some tail giving more cause for Amy to both deny and rely on daddy’s tactical strategies in survival mode.

‘Erased’ is just high-powered static posing as a pseudo contemplative actioner. In addition to ripping off the ‘Taken’ movie series, ‘Erased’ even awkwardly borrows from the ‘Bourne’ films with its roving eye for step-by-step thrills and movement. Not even the curvaceous Olga Kurylenko as Logan’s ex-colleague turned beauty baddie can muster up any standby titillation for the sketchy contrivances in ‘Erased’.

Whether spouting the combination of parental pariahs and their ingrate minors, flirting with the conception of corporate double-dealing seediness or commenting on the cynicism behind authoritative mischievousness, ‘Erased’ fails to string all these revolving afterthoughts leaving this toothless spy thriller more scattered than a nursing home jigsaw puzzle.

Without much effort, Stolzl’s derivative papa-and-princess shoot to kill whodunit can be ‘Erased’ with the weak application of an elementary school No. 2 pencil. 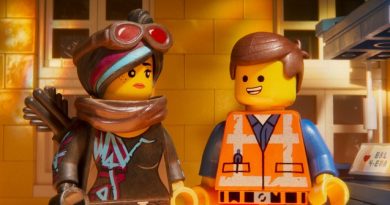 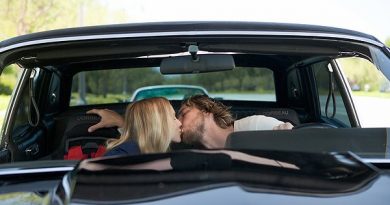 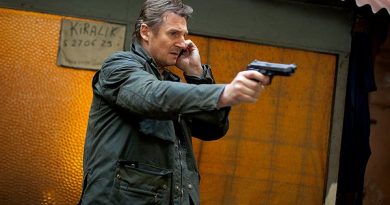