In 2009, director J.J. Abrams revitalized the theatrical ‘Star Trek’ franchise by instilling a distinctive and decorative charge that provided avid Trekkie enthusiasts with a renewed sense of adventure and action. In predictably borrowing, the overused legendary phrase ‘to boldly go where no man has gone before’, Abrams skillfully did just that gesture but with a challenging twist. For 2009’s ‘Star Trek’ entry, Abrams was crafty enough to mix in the familiar flourishes of the movie series’ revered mythology with a re-imaging of his vision to spruce up the late creator Gene Roddenberry’s televised legacy from nearly five decades ago.

It had been four years since Abrams revisited what appeared to be a dormant ‘Star Trek’ existence until his imaginative juices made it exciting to follow the explosive antics of the youthful and resilient Starfleet cadets on the iconic Enterprise. Now in the engaging and robust ‘Star Trek: Into Darkness’, Abrams continues to deliver the goods in the aftermath of his buoyant predecessor. Here, Abrams’s sophomore efforts are consistently in touch with his prior blueprint. Thankfully, ‘Star Trek: Into Darkness’ sheds no light into the realm of derivativeness — something it could have easily done especially when taking on the ‘been there, done that’ sci-fi approach to the well- known exploits as demonstrated by hotshot leader James T. Kirk (Chris Pine) and his resourceful crew.

Abrams and screenwriters Roberto Orci, Alex Kurtzman and Damon Lindelof shrewdly apply their warp speed of efficiency in allowing ‘Darkness’ to embrace a welcomed swagger that generates this pulsating popcorn pleaser that joyfully straddles the line between old-time Trekkie tradition and realigned space frontier folklore for the millennium. Michael Giacchino’s energising musical score adds to the dimension of Abrams’s giddy and stylish escapist narrative. As the cocky and capable Captain Kirk, Pine brings in some prominent pep that is very reminiscent of William Shatner’s nostalgic turn as the Enterprise’s driven head honcho. Of course, Zachary Quinto’s Mr. Spock is instrumental in reminding us how vitally complex and captivating our favorite half Vulcan/half human specimen is in his emotionless skin.

In any event, we find our impulsive Kirk and his crew of the starship Enterprise visiting the planet Nibiru as they attempt to save the natives from possible volcanic ruination. Although Kirk and company save the day for the primitive people, the Prime Directive had been violated in how to conduct the proper dealings with the masses. The penalty at large: Kirk is demoted to First Officer. The disciplined Kirk will soon get the opportunity for redemption when roguish officer John Harrison (Benedict Cumberbatch) commits terrorism resulting in the death of a close comrade. Now reinstated, Kirk must sneakily hunt down Harrison within the confines of hostile Klingon space. Naturally, this is strictly forbidden for the outsiders to roam around in Klingon territory. Thus the clever Harrison retreats there knowing how difficult it would be to get apprehended under the feisty noses of the touchy warriors.

Starfleet commander Admiral Marcus (Peter Weller) is trigger-happy as he orders Kirk and his entourage to track down the treacherous Harrison and eliminate him on the spot. The mission is illegal and ill-advised but this does not stop the twitchy Marcus from forcing Kirk and company to eradicate the fugitive Harrison thus possibly triggering a dangerous showdown with the Klingons based on the premise of vengeance. While Kirk wants to capture Harrison alive and make him accountable for his atrocities, Chief Engineer Scotty (Simon Pegg) is not a happy camper with Marcus’s ‘go for blood’ mentality and stages a protest via resignation.

Competently, ‘Star Trek: Into Darkness’ generously weaves in the supporting USS Enterprise crew as they get to showcase their unique personalities and put their limited stamp on the vibrant proceedings. The aforementioned Scotty, Bones (Karl Urban), Uhura (Zoe Saldana), Sulu (John Cho) and Chekov (Anton Yelchin) are all paraded about entertainingly and further create a decent suspenseful vibe to take in with noted satisfaction.

If anything, ‘Darkness’ will live long and prosperous courtesy of its sprinkled references to both the prior ‘Star Trek’ movies (particularly echoing the sentiments from ‘The Wrath Of Khan’) as well as the 60s television series. When Abrams pays homage to the various ‘Star Trek’ incarnations, the audience develops an appreciation for how the filmmaker incorporates such reminders as he tips his hat to the histrionics of Roddenberry’s pop cultural creation (look out for a noted cameo made by ‘Star Trek’ royalty figurehead Leonard Nimoy) while contributing some of his modern day motifs to give his contemporary editions some credibility, too.

Science officer Carol Marcus (Alice Eve) is on board and catapulted into the colorful chaos. Even Kirk’s mentor, Admiral Christopher Pike (Bruce Greenwood), is a throwback name for old ‘Star Trek’ followers that remembered how he preceded Shatner’s Kirk in the pilot episode back in the mid-sixties’ NBC show. The main attraction above everything else is the heart and soul of the ‘Star Trek’ oiled machine — the off-kilter union of free-spirited ladies’ man Kirk and the logically wooden Spock. Both Pine and Quinto assure us that one of Science Fiction’s most famous and oddly conceived friendships are sound and believable for the USS Enterprise’s treasured tandem.  Cumberbatch (the distinguished British actor known to most as ‘Sherlock Holmes’) makes for a worthy corrosive cad as the elusive villain John Harrison.

Snappy dialogue, spry action sequences, vibrant special effects, solid characterizations and galaxy-induced intrigue paints ‘Star Trek: Into Darkness’ as one the first summertime hits of 2013 to register its big box office promise with genuine thrills at a time where aimless sequels usually spell redundancy and disaster. Alas, it is quite acceptable to feel around in the ‘Darkness’ for Abrams’s stimulating spectacle that beams up some sharp and boisterous fun-filled momentum as routinely as it does an exasperated Scotty looking to return on board the ship. 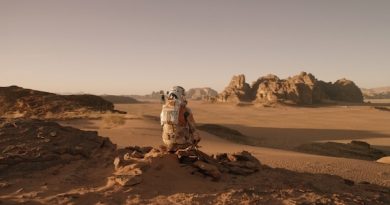 Star Trek Into Darkness – 2nd trailer (you know: for Cumberbitches).