Now, I’m not saying this is true of all current Science Fiction shows, simply because I haven’t seen all the product out there from across the world, let alone check the credits for one vital line: ‘Science Advisor’. However, the usual giveaway is in scientific inaccuracies. None of which is helped by showrunners thinking because it’s Science Fiction, they can play fast and loose with any science they use. No wonder they are so muddled between fantasy and Science Fiction.

In reality, SF adheres very closely to known science or rather applied science and its application in technology. Where there are fudges, like faster-than-light travel or even time travel, then it adheres to the rules that are set up for their use, although we rarely see their uses beyond those. Over the decades, you can ask most people what those two terms mean and get a reasonable answer, mostly because the definitions are self-explanatory and even non-SF fans know about them which shows how ingrained the concepts have become over the decades.

You might have a few problems when you dig a bit deeper by asking if they knew what would happen if they travelled into the past and killed one of their grandparents before your father was born. If they didn’t know there is still a good chance that they would stay they would probably cease to exist. If they are SF savvy, they might say survival is possible if they belong to an alternative reality or the event triggers that as they are already back in time. Geeks like me would also speculate that who you thought was your grandparent could be wrong as well. You’d certainly have to go over causality and alternative realities and explain why eternity can’t be full of them because it goes against the Conservation of Matter/Energy. 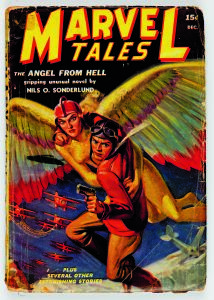 The same with faster-than-light travel. No one ever addresses how the starship crew can stay in the same time-frame of their home planet when surely at least several years or decades would have to past the further they travel unless something else is going on. No one really addresses this kind of problem and it is regarded as ‘fudges’ we just have to accept because it’s convenient. A Science Advisor would look at the space-time aspect and come up with at least several solutions that could be used, even in passing as explanation in the dialogue. My primary one is going at the right speed beyond light reduces the time passed although you certainly wouldn’t try contacting them when they were in transit.

Granted said information might be mentioned in passing unless it was a story point but it would be less of a tangle that we currently take for granted. Even so, you could combine space and time travel as being part of the same thing, although not on the level as seen in the likes of ‘Doctor Who’.

Back in the day, when SF shows had Science Advisors, their job was to check over scripts for science misrepresentations and offer solutions to ensure accuracy. They were there less for the acceptable fudges SF has to use for things like galactic transport but correct science. None of it is rocket science. Most of it isn’t even beyond O’Level science.

In the UK, for police and medical TV shows, they have proper trained advisors for showing the correct procedures and so forth. People have even applied the Heimlich manoeuvre and resuscitation procedures correctly in real life situations having watched such shows. A high enough reason that justifies their use. I’m not sure if I would trust the American product as much, although anyone from across the pond who can offer some shows that do, then please do. I certainly wouldn’t for emergency help for type one diabetics if the SF films misrepresentations are anything to go by.

However, the use of Science Advisors appears to have vanished. Does anyone need reminding that one of the aspects of Science Fiction is the true representation of science? To think that not applying this gives greater use of imagination raises large question marks as to the writer’s credentials in our field. More so as few TV or film SF scriptwriters come from our kind of background.

It isn’t as though there aren’t scientists who aren’t fans of Science Fiction and many have been inspired by it to take up the profession. Oddly, I haven’t heard many tales of that lately. Then again, we are living in a Science Fiction reality and I guess that might becoming the norm. There are more people out there who should know the difference. Science Fiction deserves to have science depicted as accurately as it should be, not seen to be tolerant of everything under its name.

Even so, getting science right in any of its uses is more important. It might not go down as far as changing a fuse or wiring a plug, although it should. Even so, when computer programming is still portrayed as some kind of speedy magic, you know there’s something wrong with the system. Granted with film and TV, there has to be a certain amount of time lapse but that doesn’t allow for inaccuracies of things that we are familiar with. After all, using the correct science at the right time might actually save someone’s life some day or the right reason for someone to become a scientist.

Applying scientific principles correctly also applies to SF principles as well. There has to be an understanding of cause and effect and how to apply it across a reality. Look at how computer technology has extended across our civilisation. The Golden Age Science Fiction authors were ill-informed about computer technology but then so were its designers. It was principally used as number-crunchers in code-breaking, so little of it really came out. Even NASA relied on human computers before technology caught up. Even then, it was only miniaturisation and the development of CPUs as we know them did things really take off 50 years ago.

The proper use of science might have revealed such things earlier. Undoubtedly, it would have changed the nature of Science Fiction. It would certainly have made a difference to the likes of Isaac Asimov’s ‘Foundation’ books when he struggled to include computers in the stories.

Science Fiction is supposed to be cutting edge when it comes to science, more so if it is looking at advances in it. Granted it is going to be a bigger push to stay ahead of how quickly science and technology is moving but we owe it to readers to ensure what is used is done correctly and right. Have Science Advisors on SF TV series gives credibility and at least a joint blame when inaccuracies turn up.

A Zen thought: Breath right and the world breathes with you.

What Qualities Does A Geek Have: The ability to become a Science Advisor.

The Reveal: I’ve often contended that the job of a reviewer isn’t to note how good something is but to look for what is wrong and how much it stands out. It’s an imperfect job but someone has to do it.

Computer observation: I don’t know if this only applies to my Epson scanner but late last year it wouldn’t work when USB-plugged in. Its replacement was OK but it made sense to leave the USB cable plugged in. Alas, the same failure happened a couple weeks later. I don’t believe scanners suddenly die nor that USB sockets get wobbly as they are solid state. However, getting the appropriate replacement USB power cable got both working. Something to think about when you think any USB operated gadget isn’t working before buying an expensive replacement.

You might have to try different insulated cables to find the right one before deciding your computer is slowly dying but it is the cheap alternative. One might also speculate that we are also witnessing the change from 4G to 5G and everything is being messed up.

Observation: After Storm Ciara, was there was a missed opportunity to call its successor Storm Doctor?

Observation: For those of you wanting to see the voice cast of the various Anderson shows doing physical performances, you might want to locate ‘The Protectors’. Nope, not that one, although there are some comparisons in their jobs. This one was made in black and white in 1964 by ABC and lasted a season and available from Network on DVD. Episode 2, ‘The Bottle Shop’, features David Graham but Episode 3, ‘Happy Is The Loser’, features Christine Finn, the voice of TinTin Kyrano/Grandma Tracy from ‘Thunderbirds’ in a significant part.

Feeling Stressed: Find a way to relieve at least one stress will help to make it one stress less to worry about.