This is the second of three parts in the graphic novel adaptation of Frank Herbert’s original ‘Dune’ novel. The script is by Kevin J. Anderson and Brian Herbert and comprises the thoughts and dialogue of the characters, taken from the original book. They have left the art to convey the scenery and action, a good choice for this medium. That art is by Raúl Allén and Patricia Martín and tells the story efficiently. I thought it a shame that detailed ink work was somewhat obscured by painting everything in a single hue, either red or blue according to the scene, but that was presumably the artist’s choice. 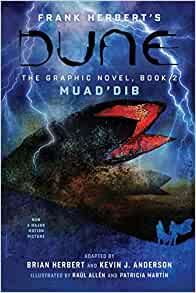 I don’t want to spoil the plot for new readers, if there are any, but this covers the middle section of ‘Dune’. The background is a galaxy-wide space empire with aristocratic Houses running things under the overall control of an emperor. Democracy died, one assumes. House Atreides are the good guys and were given control of Arrakis, where the spice is produced that makes possible navigation of interstellar space. They have been ousted by the evil Harkonnens. Duke Leto Atreides is dead and his consort Jessica and son Paul have escaped into the desert. They must elude the pursuing Harkonnens and seek sanctuary with the native Fremen, a desert tribe held in contempt by the new conquerors. But the Fremen have many secrets and amazing resources. They are also the toughest soldiers in the galaxy.

The space opera elements are there but underpinned by Frank Herbert’s deep thinking about ecology, religion, politics, leadership and control. The Dune universe is one where multiple factions compete for power and influence, from the Navigator’s Guild which can be bribed to perform certain services in secret to the Bene Gesserit ‘witches’ who are running a sophisticated breeding program using the aristocracy. Paul Atreides, perhaps the culmination of that program, has precognitive visions which help him steer his course so there’s an element of mysticism, albeit given a scientific rationale. The future is not fixed. Strong men can change it. Women, too, of course.

My recurring issue with the ‘Dune’ books is that they portray nearly all human relationships in terms of power and control, either by force or manipulation. Being from the lower orders, I wouldn’t know, but it’s entirely possible that this is how a ruling class thinks and acts, without sentiment or empathy, calculating everything in pursuit of their goals. Effective, to be sure, but not very nice.

The graphic novel is an excellent read, easier than the book, which is a bit of a slog, to be honest, though worth it in the end. Like the film, this is Dune-lite, a more digestible package of the classic work for the busy modern lifestyle. Anyone intrigued enough by this can go on to read the original seven ‘Dune’ books by Frank Herbert and then the multiple prequels by his son Brian in cahoots with Kevin J. Anderson, prolific master of ripping yarns.

Hardback graphic novels are great value for money nowadays, providing the content is good and this is no exception. I don’t know if it’s because new technology makes it easier or because bulk printing lowers the price per copy. At any rate, as an artefact, ‘Dune: The Graphic Novel: book 2: Muad’Dib’ is a lovely thing and an enjoyable read as well. I look forward to ‘Dune: The Graphic Novel: book 3: Prophet’, coming in spring 2024, they say. 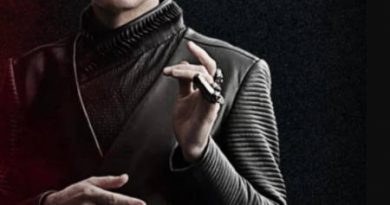 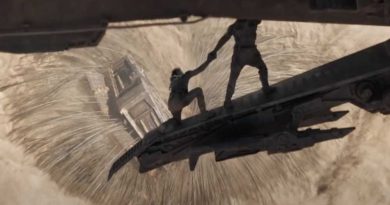 Dune by Denis Villeneuve: will it be a smash, or a flop? (video)