In a world of news, views and inanity, it was only a matter of time that social media got its own story. ‘Babblesphere’ is just that with a dig at Twitter and all the other trivia we exist on. In ‘Babblesphere’, we find out what happens in a world where you object to that social connection. I’m wondering if Twitter has had its time? Will we all continue to tune in and be counted or turn off grid as the increasingly banal and occasionally sinister take their turns at fifteen minutes of fame? In the old days, if you wanted to blow hot air you stood for parliament or on a box in Speakers Corner, Hyde Park and talked to yourself. Increasingly, talking into empty air has become the norm. Playing on our fears of not belonging and being the last to know the Internet has developed tools to control and patrol us, ‘Babblesphere’ is how it can all go wrong.

Jonathan Morris has taken the theme of collaboration to the extreme. The planet of Hephastos is the home of artists but these have become slaves to their ultimate project. The Babblesphere is meant to be the work that defines them but now privacy is outlawed and is punished by death. Instead of reaching artistic height, the population is condemned to a waking nightmare of inanity and trivia. They are in a bad way and there is real danger that civilisation is on the point of collapse.

Lalla Ward, who played Romana with the Fourth Doctor, narrates this story. It features more than one point of view, so it cannot be said to be the story as told by Romana herself. Roger Parrott joins her as a dissenter who wants his own private thoughts in this all too public world.

I think you have to like the character of Romana II to really enjoy listening as she has the bulk of the narrative but has a really annoying way of speaking. I think it’s the ‘jolly hockey sticks’ voice. It’s quite a relief when Lalla Ward does other characters as well to break it all up.

This is the Fourth book in ‘The Destiny Of The Doctor’ series and I’m desperate to find out if the final one will involve the Eleventh phoning round all his previous incarnations to tell them how to do fix their particular problems. Surely it can’t be a simple as that? Hopefully, this will all tie together in a lip-smackingly satisfactory way by November. 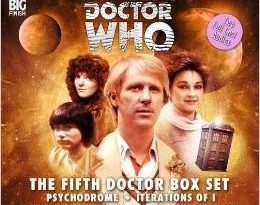 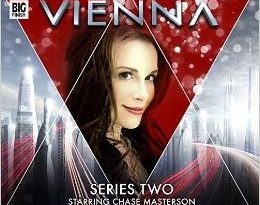 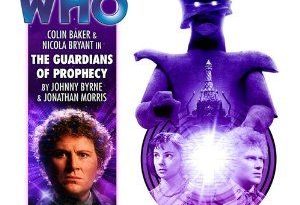