It’s been a year since the first four Cixin Liu graphic novels were released, so the arrival of the next four is very welcome. Adapted and illustrated by Dan Panosian, ‘The Butterfly’ is based on a story I don’t recall having read before. The ‘butterfly’ of the tile refers to the butterfly effect, the well-known theory that a butterfly flapping its wings can cause a hurricane on the other side of the world.

Scientist Aleksandar had developed a computer programme to model the world’s weather patterns and identify a sensitivity point that would allow him to effect meteorological conditions in another part of the world. From my limited knowledge of meteorology, I know that the challenge of making such detailed models is that, to model the weather accurately, you need something as complicated as real life. So Aleksandar’s ambition to calculate the optimum interference point for a given outcome is impressive. The story starts in Belgrade, a city under bombardment. The artwork both in these scenes and elsewhere is a striking contrast of almost-monochrome buildings and fiery-coloured backgrounds. In Belgrade, this is due to explosions in the background but, later in the book, there are similarly striking sunset scenes and this yellow and monochrome theme continues throughout the story.

The story follows Cixin Liu’s familiar skill of mixing large-scale disasters with realistic characters and touching relationships. Aleksandar wants to stop the ongoing bombardments of Belgrade and, rather than turn to a military solution, decides that his meteorological theory could provide the solution by confounding the targeting systems with cloud. His globe-trotting adventure are accompanied by beautifully drawn landscapes and a series of entertaining travelling companions.

Back at home, his doubtful wife and seriously ill daughter continue to endure the ravages that war brings on their city. It really gives you an insight into their characters. His daughter, Katya, who wants to enjoy the sun rather than go to the underground shelter and his wife, who struggles to stay hopeful despite the ongoing ruination.

Like several of Cixin Liu’s short stories that I’ve read, there’s nothing overtly science fictional about this tale. There’s speculation: what good could be done for the world if Aleksandar’s meteorological theory really could be used? In this, it reminds me of one Cixin Liu’s previous graphic novels, ‘YuanYuan’s Bubbles’. In that story, a little girl’s fascination with blowing bubbles and, trying to make them bigger and bigger, eventually proves to be crucial. It’s a refreshing change to stories of military heroes.

I don’t often read graphic novels, so this series is an opportunity for me to enjoy this media again while enjoying more of Cixin Liu’s stories. 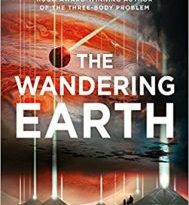 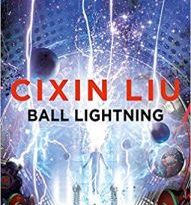