Thinking it was long overdue that I read ‘Arkham Asylum’, I picked up this graphic novel 25th anniversary edition and read it before I reviewed ‘Welcome To Arkham Asylum’ and again after, bearing in mind their insights as it was their key reference. 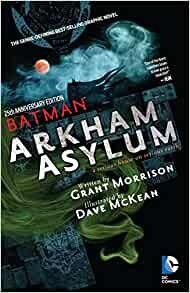 Don’t expect a traditional comicbook story. Artist Dave McKean clearly paints from emotion than storytelling and you need to pick out from the dialogue what was going on, which is done in different formats for each character. I don’t know if this is a problem only with this edition, but the Joker’s dialogue was a lot harder to read than the rest. I think I would have at least enlarged the font size from 8 point to 12 point without losing the art.

The plot? Basically, the inmates have taken over Arkham Asylum and the Joker wants the Batman inside with them. During this, he meets up with various members of his rogue’s gallery and tries to maintain his own sanity.

I learnt a lot more by reading Grant Morrison’s full script as to just what was going on. Rather interestingly, Morrison actually drew out aspects of the story in the more traditional comicbook style which does make me wonder why no one has thought to do a reinterpretation of the story that way.

I’m still not quite sure how the story is revered so much. The art is distinctively odd but pulled along by the story so it’s down to interpretation and you either like or dislike it. I get the twist at the end and never think that Two-Face can never cheat. 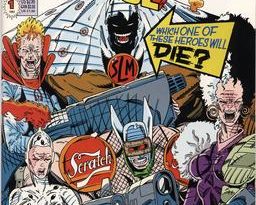 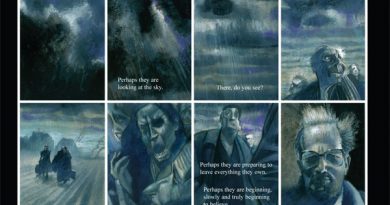 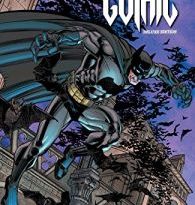